Skip to content
Premature burial is no laughing matter. In fact many people found the idea of being buried alive so terrifying that they went to great lengths to ensure it couldn’t happen to them. Before his death in 1912 Archdeacon Thomas Colley specified in his will that his body was to be sent to a hospital for dissection in the aid of medical science, ensuring that any signs of life would be noticed by doctors in the event that he was still alive. A few years earlier, the  Third Marquess of Bute requested that doctors wait for unmistakable signs of decay before removing his heart, which was then sent for burial in Jerusalem. (See Rosemary Hannah, The Grand Designer: Third Marquess of Bute (Birlinn, 2012) p. 354. ) Aware of these and many other instances, I was intrigued to find the concept treated with great lightheartedness in the postcard below, which I purchased last week from an antique shop. 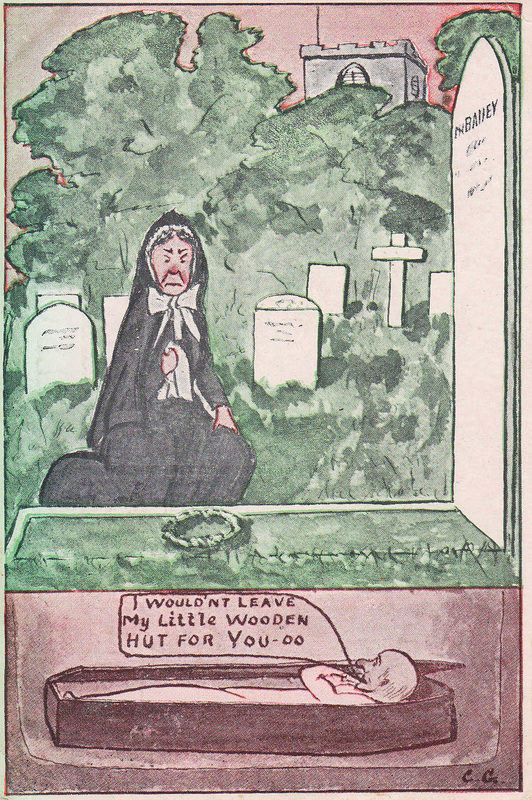 My hopes that a closer look at the card would make more sense have since been dashed. Is there any significance in the name on the gravestone? While pondering the images on the card, I was reminded of Harry Clarke’s chilling illustration for Edgar Allan Poe’s tale The Premature Burial (below.) 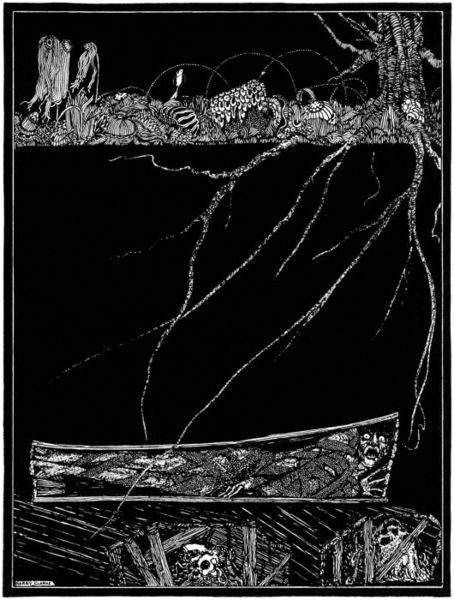 “The Premature Burial” (1919) by Harry Clarke (1889-1931)
Dublin-born Clarke was a leading light of the Irish arts & crafts movement and provided the illustrations for a posthumous edition of Poe’s Tales of Mystery and Imagination (London: George Harrap & Co. 1919.) This was later adapted for the cinema as the third in Roger Corman’s ‘Poe Cycle.’ 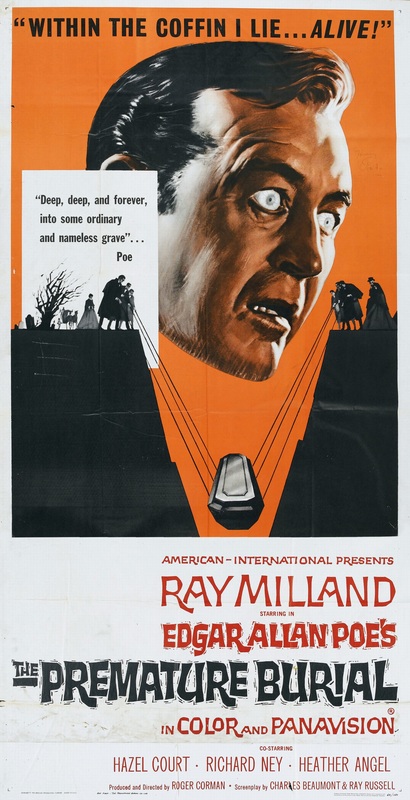 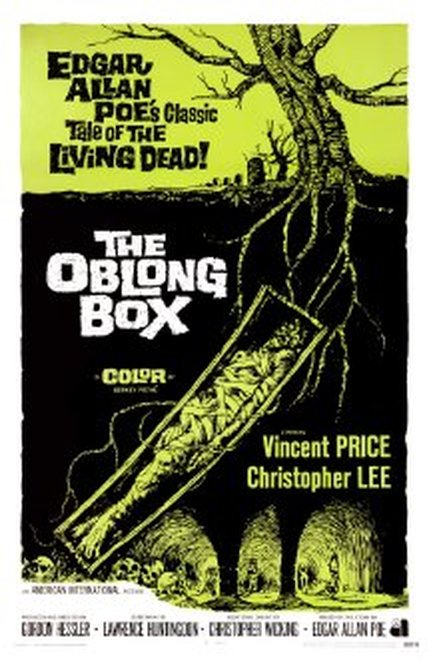 Poster for ‘The Oblong Box’ (Gordon Hessler, 1969), based very loosely on Poe’s tale of the same name. 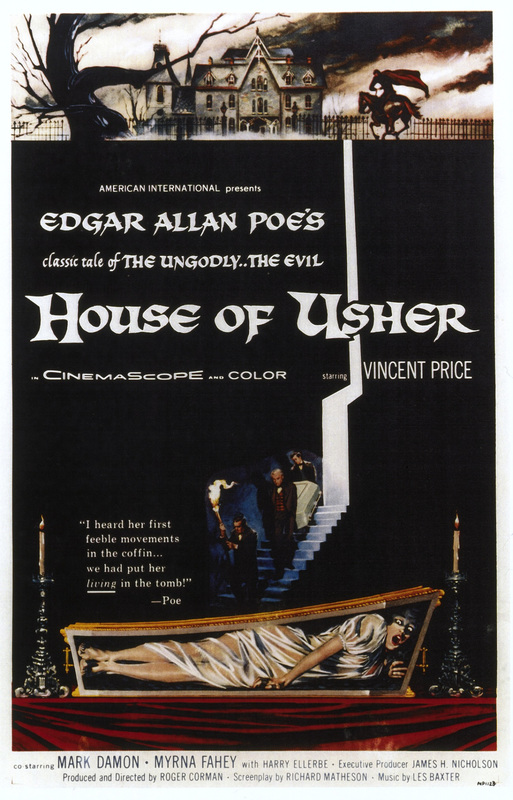 This poster for the first of Corman’s Poe adaptations – ‘The Fall of the House of Usher’ (1960) echoes of Clarke’s drawing, with the vertical orientation and the sinister tree. 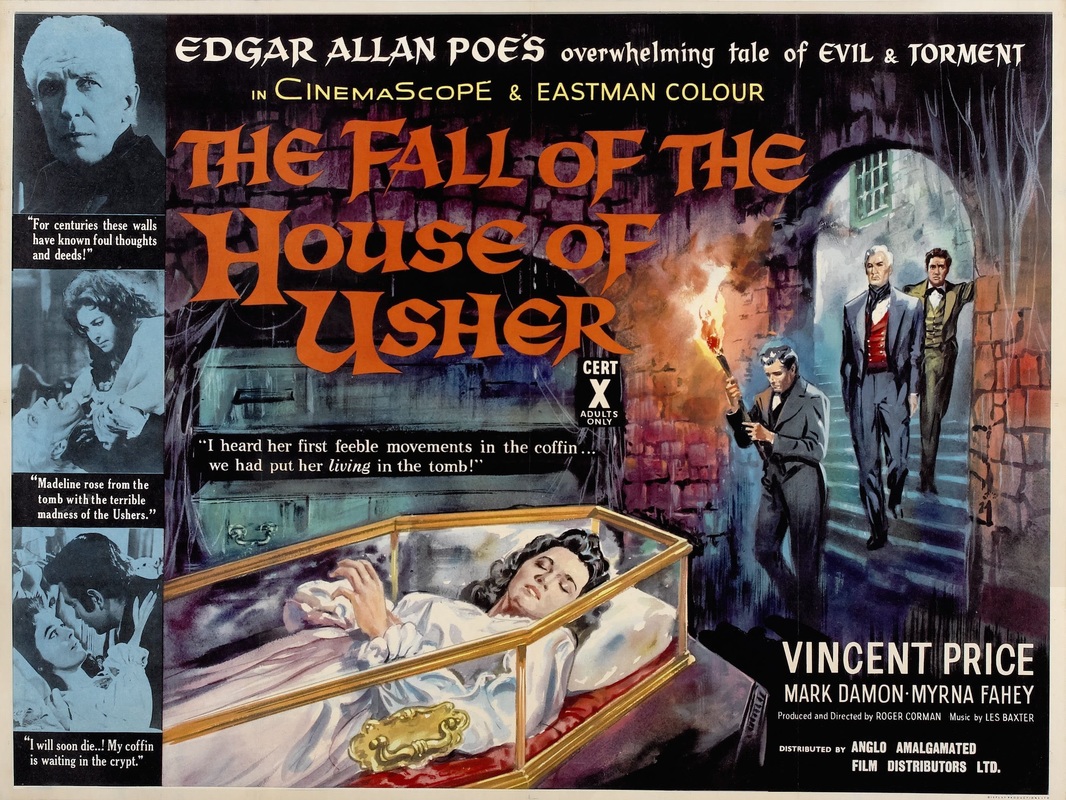 Although this poster shifts the layout, the premature burial is still placed in the foreground. The screenplay for the movie was written by Richard Matheson.
I’ve just been teaching Poe’s Corman cycle to film adaptation students which is why these images were so much in my mind, and why the comic postcard seemed so incongruous. It took on a slightly different hue when I realised that the words ‘I would’nt leave my little wooden hut for you-oo’ are actually the refrain from a popular song, written in 1905 by Londoners Tom Mellor (1880-1926) and Charles Collins (1874–1923.) 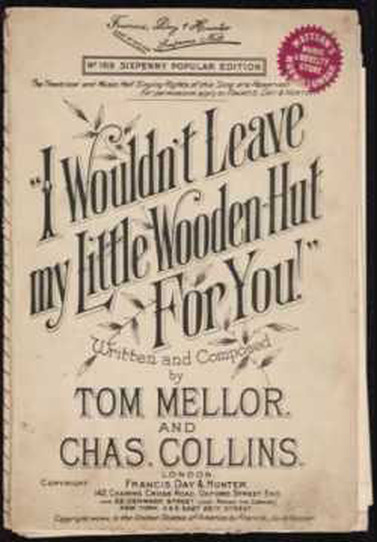 Although Mellor and Collins are almost totally forgotten now, they were both prolific songwriters whose comic ditties were hugely popular in Edwardian music halls.  Their work received recognition in the film I’ll be Your Sweetheart (Val Guest, 1945), starring Margaret Lockwood and Michael Rennie – who appeared together the same year in ​The Wicked Lady. The film opens with the words ‘This film is dedicated to those grand old song writers of yesterday whose melodies are the folk songs of today. Their battle against the music pirates who robbed them of their just rewards, is the inspiration for this story.’ This is a reference to the absence of proper copyright protection for songwriters at the time ‘I Wouldn’t Leave My Little Wooden Hut for You’ was written. 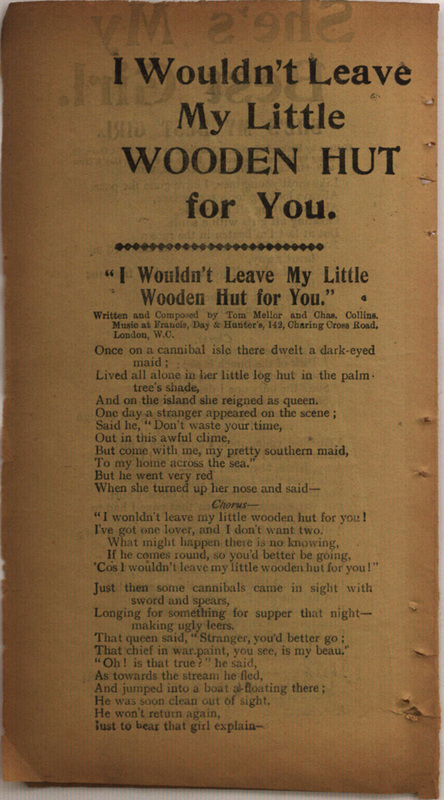 As you can see from the lyrics, the song is about an unsuccessful courtship on a desert island and has absolutely nothing to do with premature burial. However, the association of ‘wooden box’ with ‘coffin’ was clearly suggestive, and my postcard was not the only one to use the phrase with in a macabre context: 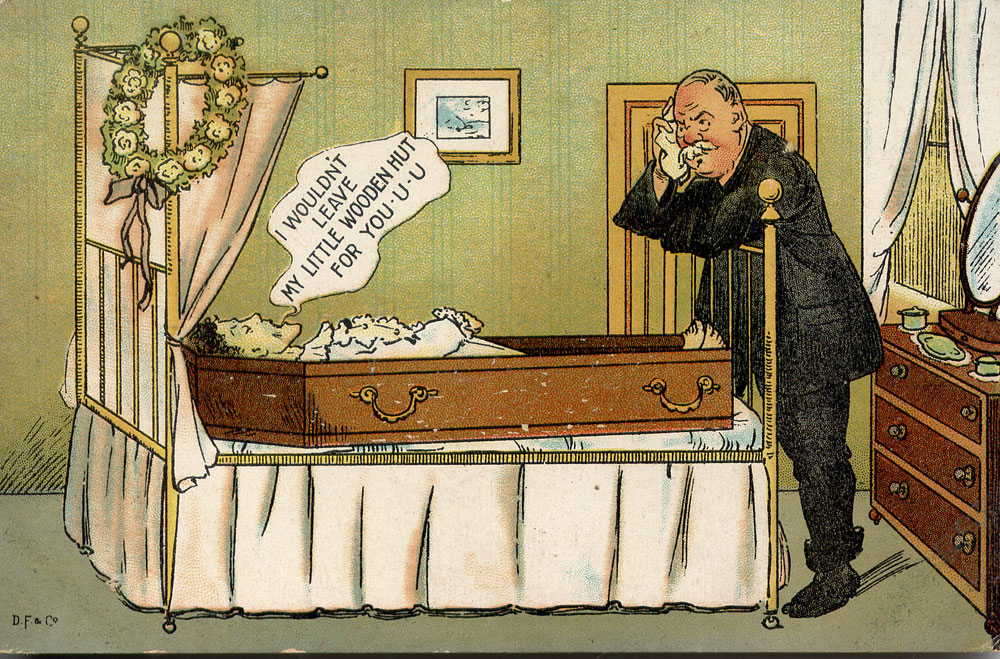 Although this was clearly the work of a different artist, the idea is similar. 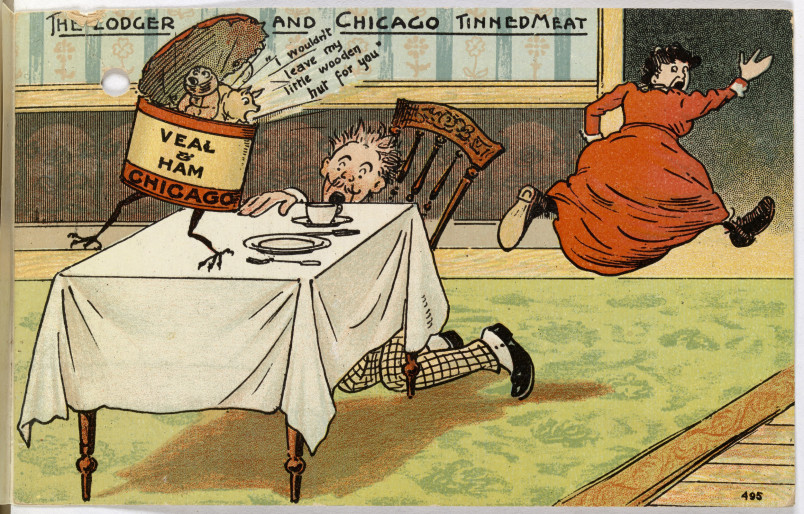 This early 1900s postcard comments upon current fears about badly-preserved foods, due to an ongoing scandal about malpractice in the American meatpacking industry.
If anyone knows of other examples of old postcards using this song title, or can cast further light on the graveyard humour of the first image, I’d be very pleased to hear of it.
Posted in All, Art, Film, Gothic, Horror.