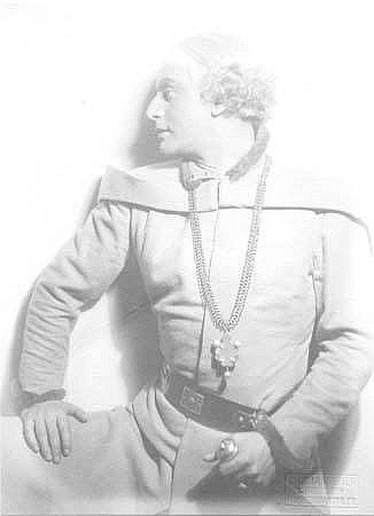 AW as Edmund in Shakespeare’s ‘König Lear’ (1926.) Photographed by Ursula Richter.
As today is the 400th anniversary of the death of William Shakespeare, it seemed appropriate to mark it with a photograph of AW in the role of Edmund in Shakespeare’s King Lear. This play was staged at the Schauspielhaus in Dresden in November 1926, coinciding with the actor’s thirtieth birthday.  Edmund – the dark and brooding bastard son of the Earl of Gloucester, who conspires to betray his father and anyone else who stands in his way – is one of the Bard’s most despised villains. 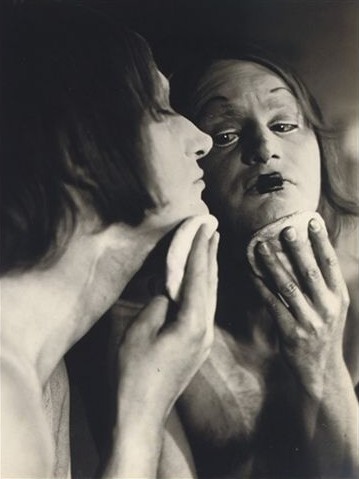 AW as Andrew Aguecheek in ‘Twelfth Night’ (1930). Photograph by Genja Jonas.
Dresden was the location for a great many of AW’s Shakespearean performances, especially in the early summer of 1930 when his roles included Octavius Caesar in Julius Caesar, Lysander in A Midsummer Night’s Dream, Sir Andrew Aguecheek in Twelfth Night, or What You Will [photo above] and Gratiano in A Merchant of Venice. He had a deep admiration for Shakespeare and it is a matter of some irony (and no little sadness for the actor) that his emigration to the playwright’s native country meant renouncing such roles: there was little likelihood of a German actor who spoke limited and heavily-accented English being offered Shakespearean roles on the stage in wartime Britain. He would have to wait until he returned to German soil in the 1950s before he could once again speak the bard’s immortal words on stage.
Posted in Adolf Wohlbrück, Anton Walbrook.