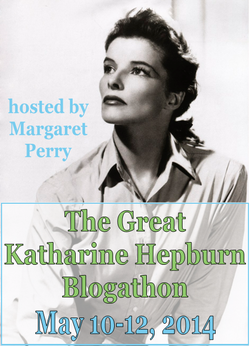 I’m delighted to be contributing to ‘The Great Katharine Hepburn Blogathon’, which will be taking place between 10th and 12th May this year. My blog post will be about her performance in Mary of Scotland (1936), John Ford’s RKO movie about which I spoke a little at the British Monarchy on Screen conference in 2012.

There will be lots of other fantastic blog posts that weekend, covering a range of Kate’s films from all sorts of unusual angles, including costumes. I can’t wait to read them – but I better not delay in writing my own!

For more information, check out Margaret’s post at http://margaretperry.org/announcing-the-great-katharine-hepburn-blogathon

Over a decade has passed since I last visited Caldey Island; just over a century has passed since these drawings were made. The scenes depicted are nonetheless much as I remember them, and could well have been drawn in recent years. 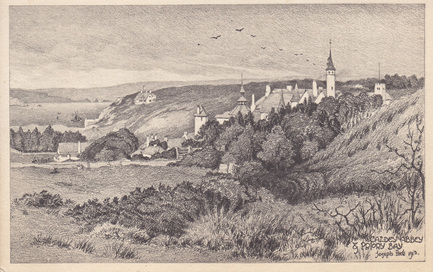 These images are from my set of a dozen postcards, and today’s blog post commemorates the event that took place on Caldey on this day in 1913. 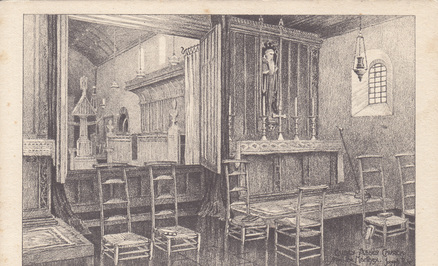 Caldey Abbey Church from the Narthex

Executed with superb skill in pencil, they are the work of Joseph Pike (1883-1956), one of five brothers from an old Catholic family of Bristol. They were all educated at Ampleforth College, where Joseph studied art under William J. Boddy. While two of his younger brothers – Fr. Bertrand Pike 0.P. (1884-1954) and Fr. Alfred Pike, 0.P. (1887-1962) – went on to join the Order of Preachers (Dominicans), Joseph joined the studio of John Hardman & Co., manufacturers of stained glass, altars and other church furnishings. 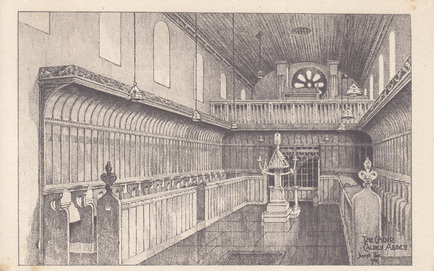 Pike’s interest in church interiors is evident from these pictures, as is his care in rendering precise details of architecture and metalwork. His great break came when he was asked by the Benedictine historian Bede Camm O.S.B. to provide illustrations for Forgotten Shrines (London: Macdonald & Evans, 1910). In his Preface, Father Bede wrote: ‘I feel a very special debt of gratitude to my artist, Mr Joseph Pike, for the very beautiful drawings with which he has illustrated and adorned the text. Mr Pike is still a young man, and there can be no doubt as to his great talent.’ 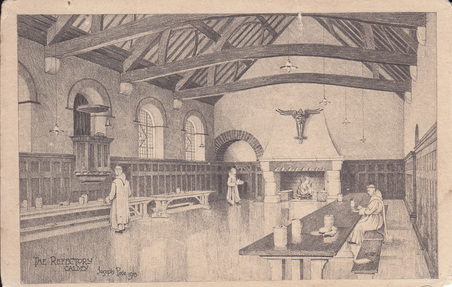 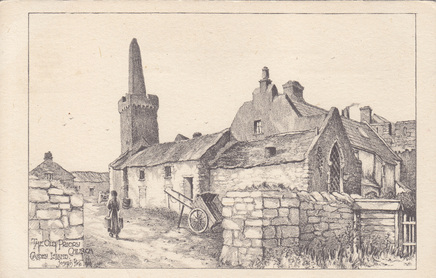 Caldey Island was at this time home to a community of Anglican monks under the leadership of Aelred Carlyle. I have written about this community elsewhere – there are references below under the Monk and His Movies blog post, and it is interesting to compare Peter Anson’s line drawings with Joseph Pike’s more nuanced depictions of textures and shading. 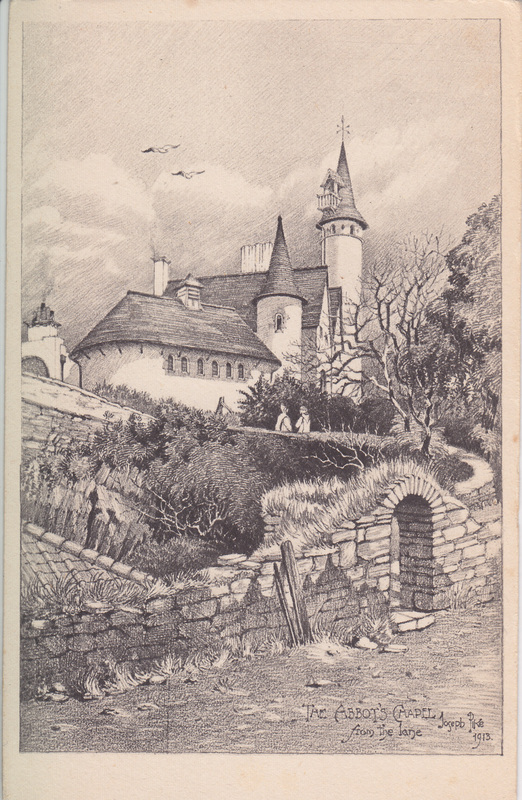 The Abbot’s Chapel, from the lane

Carlyle’s attempt to introduce Benedictine monastic life to the Church of England placed him and his community on a collision course with the Anglican authorities, particularly with regard to liturgical rites and ecclesiastical obedience. Matters eventually came to a head in 1913, resulting in almost the entire community being received into the Catholic Church. This took place 101 years ago today – 5th March 1913, the day before Joseph Pike’s thirtieth birthday.

Bede Camm had followed events on Caldey for some years, defending the community in a letter to the Catholic Times in 1905. He landed on the island on 28 February and said Mass in the monastery chapel – probably the first time this had been done since the Reformation. After the conversion, he became novice master to the monks. It was presumably through his involvement with the Caldey community that Joseph Pike visited the island to carry out these drawings. 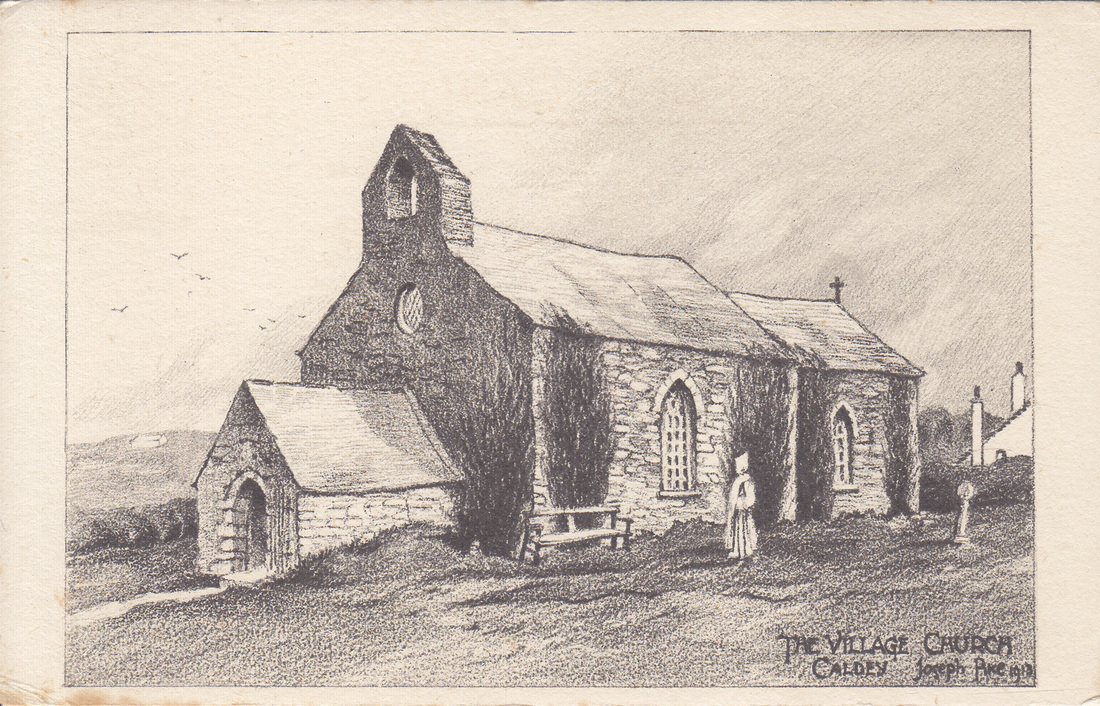 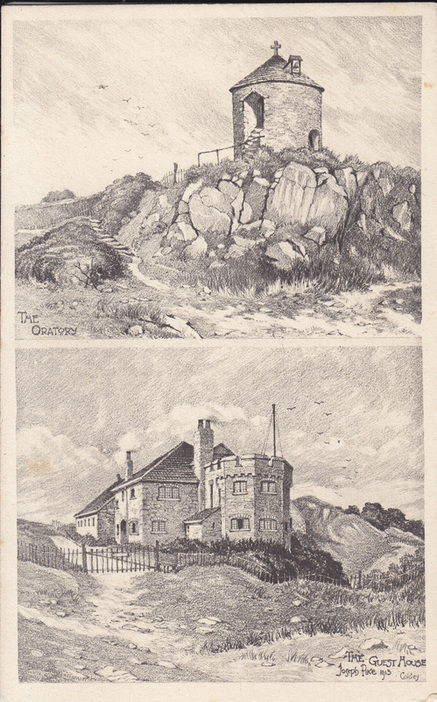 After the outbreak of the First World War, Pike left Hardman’s and joined the 7th Battalion, Royal Warwickshire Regiment, where he saw active service as a Lieutenant. He was badly injured in 1916 and invalided back to England where he spent some months convalescing at a sanatorium in Dartford. 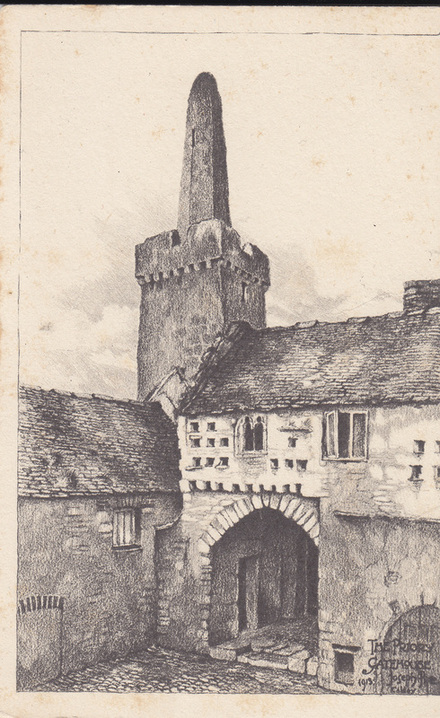 After the war Pike worked as a freelance artist, publishing a series of attractive little volumes: Chester: a sketch book (London: A. & C. Black, 1920), Ampleforth College: a sketch book (London: A. & C. Black, 1921), and Bruges: a sketch book (London: A. & C. Black, 1922), while his pencil drawings of London included locations such as St James’ Palace, Westminster, Marble Arch and the Artillery Memorial at Hyde Park Corner. The Roman Catholic Bishop of Southwark, John Butt, commissioned two drawings of St James’ Church, Spanish Place, and Pike also sketched St Edmund’s College, Ware, plus other scenes in Cardiff and Chepstow. He got married in the 1920s and had three children, a son and two daughters. He accompanied his brother Alfred to Lourdes in 1951, recording the pilgrimage with two fine studies of the Marian shrine which were reproduced as popular Christmas cards. He died in July 1956. 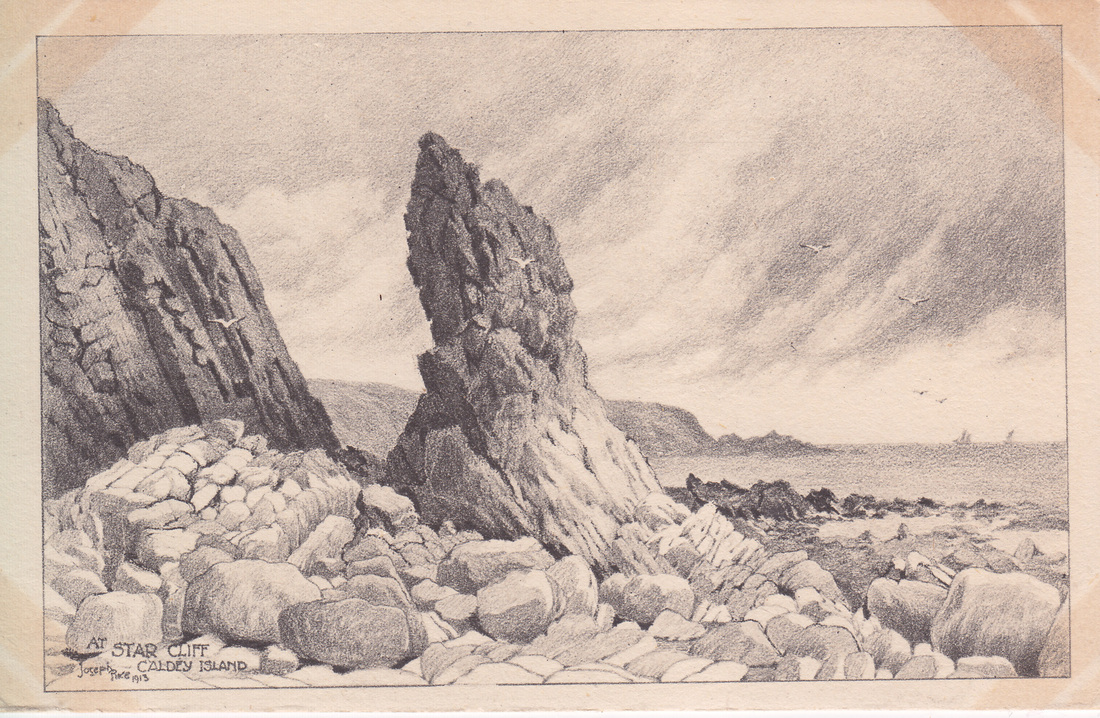 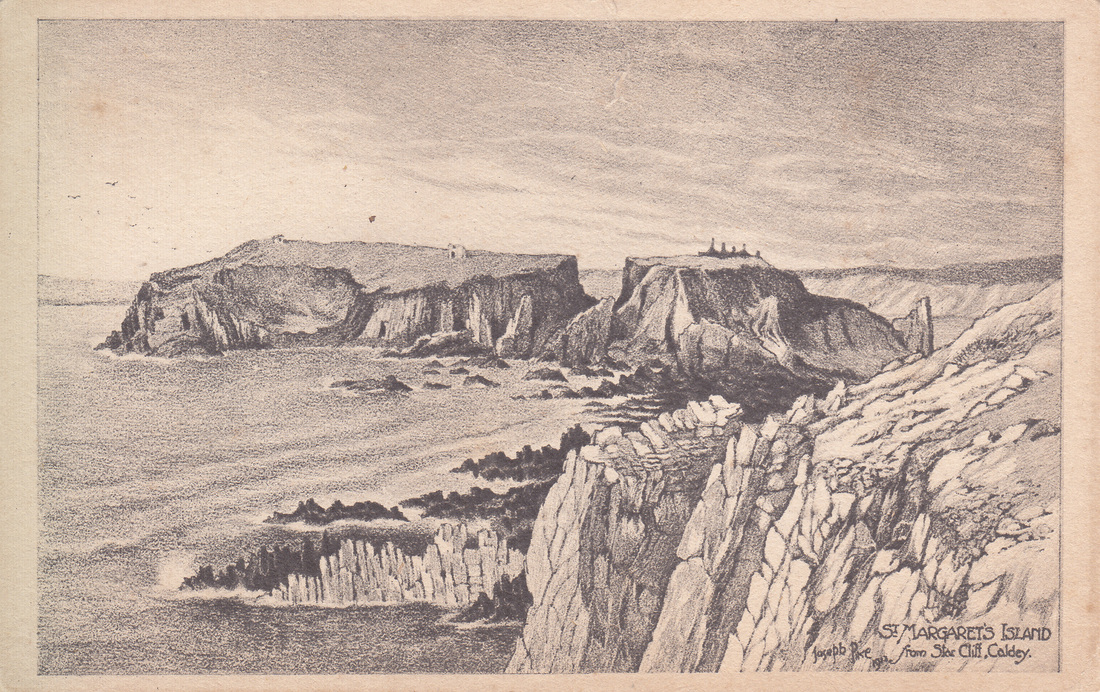 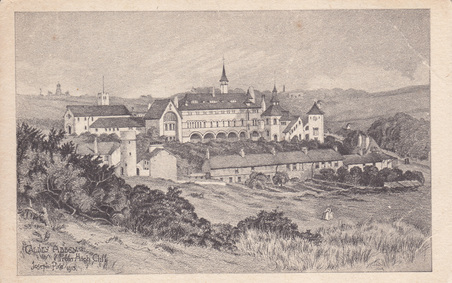