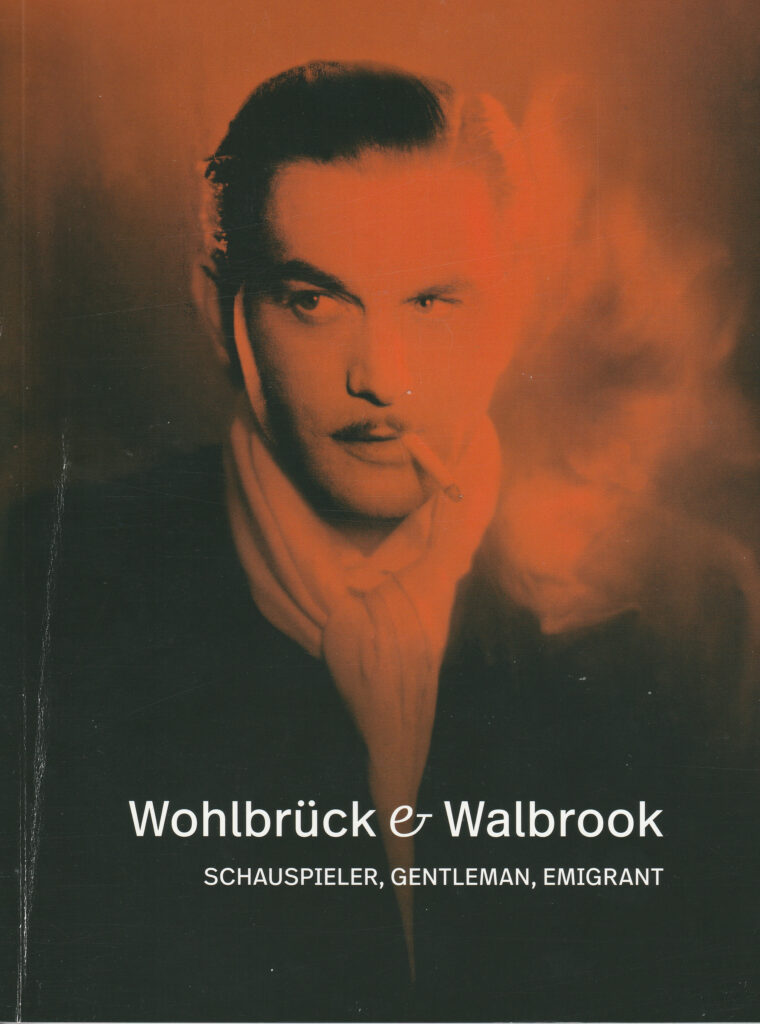 You know what they say about waiting for ages for a bus, only for two or three to arrive at once? Well, it looks like 2020 has turned out to be a bumper year for fans of AW, and for a year that has already provided enough misery and chaos to last a lifetime, it’s good to know that it will be marked down in the annals for at least something positive.

The manuscript of my biography was already with the publishers and had just about completed its review process when the news was announced that the Deutsches Historisches Museum in Berlin would be holding a major retrospective season dedicated to AW, screening 26 films at the Zeughauskino – seven more than were shown at the Österreichisches Filmmuseum in Vienna in 2014. The selection include rarely-screened early films such as Wüstenrausch (Von Bolvary, 1923), Salto Mortale (Dupont, 1931) and Die fünf verfluchten Gentlemen (Duvivier, 1932) as well as the documentary Der Schatten des Studenten (Ulrich, 1989).

If the timing of this major event was remarkable – given its coincidence with the publication of my biography, which has been over a decade in the making – it was also tragic, given its coincidence with the global covid-19 pandemic. UK travel restrictions and other factors meant that it was impossible to travel to Berlin to attend any of the screenings, and a number of other AW fans and film scholars told me of their disappointment that they would also have to miss out. It must have been a blow for the organisers too, as social distancing requirements meant that audience numbers had to be restricted. One might wonder if it could have been postponed, but there is much uncertainty about if, when, and how our routines will be returning to ‘normal’, and whether or not there will be further spikes of the virus over the winter months or in the near future. There is no guarantee that holding the screenings in a few months time would ensure it was clear from pandemic restrictions, and I think the organisers were right to go ahead and do what they could.

Certainly the German press seems to have regarded the season as a huge success, and there have been enthusiastic reviews in major newspapers such as Die Welt and the Frankfurter Allgemeine Zeitung. Many of these articles have included extensive discussions about AW’s life and work, often referring to him as der schönste Mann des deutschen Films [‘the most beautiful man in German film’], which was the title of a 1997 exhibition held at the Schwules Museum in Berlin (January to March) and the Düsseldorf Film Museum (June to August), and which has since become an oft-quoted moniker for the actor himself.

This additional publicity and media buzz focused on AW should be an advantage when it comes to the publication of my biography, which is now in the final production process – paginated proofs should be ready for me to check in early/mid September. I can’t share details of the cover yet, but it’s going to look fantastic, and the editor believes ‘it’s going to make a gorgeous volume’ – quite appropriate, given that it’s dedicated to ‘the most beautiful man in German film’!