As most readers of this blog will know, for over a decade I have been working on a biography of the émigré actor Adolf Wohlbrück /Anton Walbrook (1896-1967), but this weekend provided a wonderful opportunity to talk about this work as part of the Stardom and the Archive conference held at the University of Exeter, 8-9 February 2020. The conference was organised as part of the Reframing Vivien Leigh research project – I have written about the relationship between Walbrook and Leigh elsewhere on these pages – and its aims are summarised here:

Conventional critical discourse focuses overwhelmingly on the findings of archival research rather than the process with scholarship telling ‘a story about what you found, but not about how you found it.’ (Kaplan 1990: 103) The Stardom and the Archive symposium seeks to challenge this convention by centralising archival process and curatorial histories in researching stardom.

The conference has seen film scholars from all over the UK and beyond, including Australia and Turkey, come together to discuss diverse aspects of archival research, curatorial practice and fan collecting in relation to stardom. The range and quality of the papers so far has been fantastic, with an imaginative scope that includes gravesites and multi-media artefacts as well as the more traditional paper-based archives.

It was a great delight, as ever, to talk about Walbrook in the presence of such distinguished and appreciative company. My presentation was entitled Paper Trails, Masks and Mirrors: the archival quest for an elusive biographical subject and discussed the different phases of archival engagement involved in writing my biography, including the challenges of dealing with gaps in the archive, the complex relationship between Walbrook’s onscreen persona, his life as a private individual and the archival record of both his life and career. It was also an opportunity to discuss the creation of my own Walbrook collection – an archive of my research as much as a fan collection – and share some of its treasures.

My collection includes original letters, postcards, film posters, vinyl, glass slides, lobby cards, cinema magazines, theatre programmes from the 1920s to the 1960s, copies of documentation from state archives and theatre museums, photographs, film stills, presscutting files and 16mm film reels, as well as some of the original costumes worn by Walbrook in his films, and I raised the issue of how the agenda of the collector relates to that of the biographer or researcher.

This offered a chance to revist the exhibition Anton Walbrook: Star and Enigma, which I curated at the Bill Douglas Cinema Museum back in 2013. Anyone wishing to know more about this should watch the excellent short film made by Olivia Luder and available to watch here. As another aspect of archival engagement, I also discussed the brilliant artwork by Matt Horan (Matt Mclaren), which he created by painting scenes from Walbrook’s films, cutting out the images and then reassembling them in 3-D scenarios which were then photographed and turned into prints. My paper ended with a call for more collaborations like these, in which scholars, archivists, curators, artists and fans can learn from one another through sharing their different passions and fields of expertise.

Now it’s time to return for Day Two of the conference, which will close with the launch of the new Reframing Vivien Leigh exhibition!

Part of the value of looking at historical artefacts is that they often reveal things about how an artwork or event fitted into its contemporary surroundings. The cutting below was snipped out of a British newspaper in 1940 – the rest of the paper has gone, so I don’t have a precise date, but we know that Gaslight received its general release on 31 August 1940, following the trade and press shows at the end of May and beginning of June.

As many of you will be aware, cinema-going habits in the 1930s and 1940s were very different from ours. Cinema tickets cost only a shilling or two at most, often less, and it was quite common to go to the movies two or three times a week. Films were shown several times a day, but not in isolation as is the case now – they were part of a longer and varied programme which ran almost continuously throughout the day, and would include newsreels, short films, serial episodes, documentary features and cartoons.

It can be seen here that there were four daily screenings – Midday, 2.55, 6.00 and 9.15 pm. Showing alongside Gaslight were two other films – Memories of Poland, which was presumably a short documentary relating to the country’s past prior to the Nazi invasion the previous year, and Alias the Deacon (Cabanne, 1940), a wild west comedy about a card sharp named Deke Caswell who is mistaken for a clergyman. The lead role was played by Bob Burns, a musical comedian famed for playing a home-made instrument which he called his ‘Bazooka’ – a name that was later applied by American soldiers to their anti-tank weapon, due to its similar shape.

For those of us who have only watched old AW films in the comfort of our homes on DVD or video, or at special screenings attended largely by nostalgic fans, film historians and others who may have travelled large distances at some expense to attend these rare events, it is worth thinking about the differences in our cinema-going experience. How would it feel watching Gaslight straight after a cowboy film with a comedian playing his bazooka? Would the contrast make the film seem darker, or would there be a light-hearted atmosphere in the auditorium that might mitigate its sinister psychological undercurrents? What if the audience contained large numbers of casual viewers who had just popped in for something to do, to watch the latest newsreels or catch some cartoons while avoiding the rain? Admission times were not enforced in the same way, and it was not unusual for people to wander in halfway through a film and continue to watch through the entire programme until the first half of the film came round again. There may well have been differences between smaller provincial cinemas and more prestigious venues like the Leicester Square Odeon, to which this advert refers.

Another interesting feature of the advert is he reference to Lady Anne Henrietta Yule (1874-1950), a wealthy widow who became involved in the British film industry following the death of her husband, businessman Sir Andrew Yule. She cofounded the British National film company with Gaslight producer John Corfield and J. Arthur Rank, with whom she shared strong religious views, and went on to invest in the company’s acquisition of Pinewood Studios. She also helped finance The Life and Death of Colonel Blimp. Eccentric and patriotic, she was a keen supporter of various charitable and wartime causes, such as the Allied Services Club for which the day’s cinema takings were being collected. How might awareness of this collection have influenced cinemagoers’ attendance? 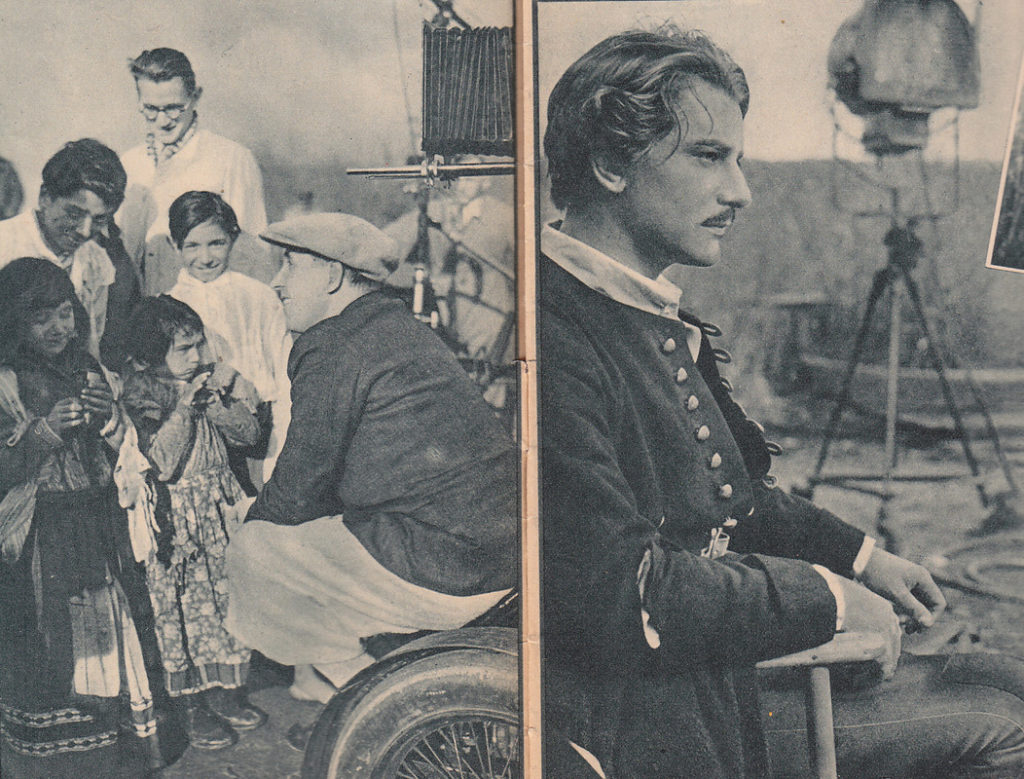 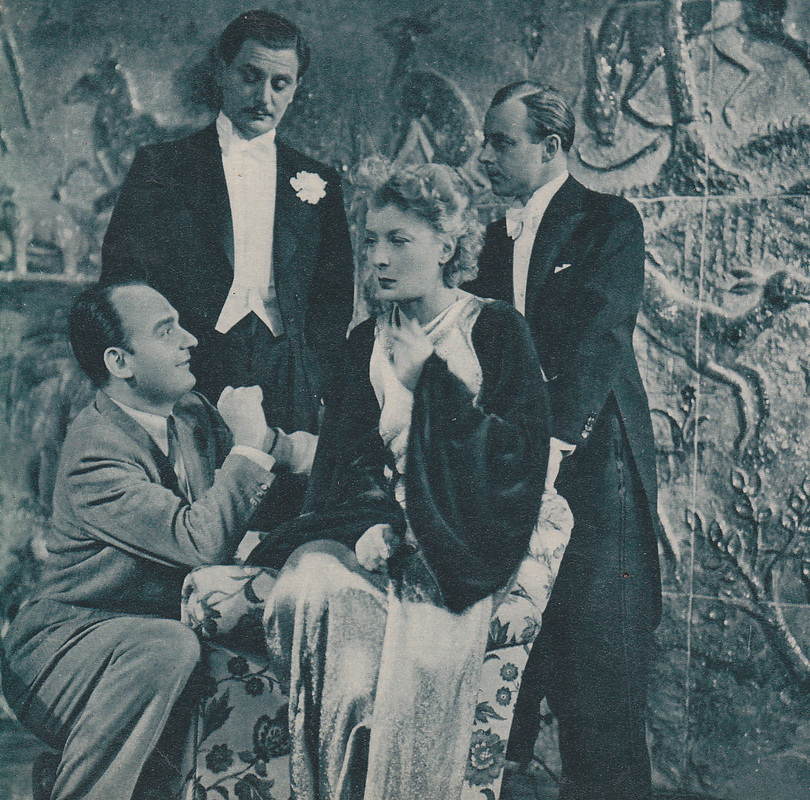 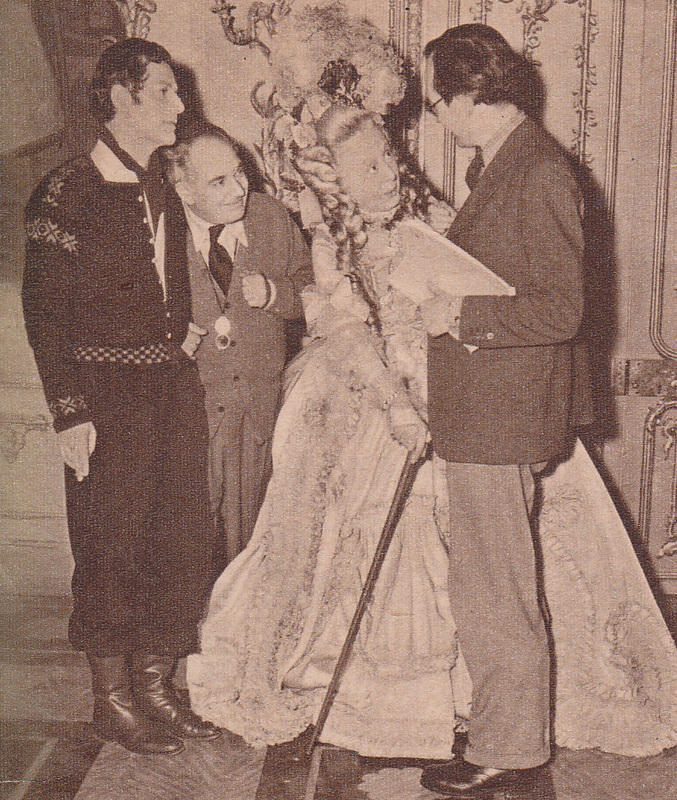 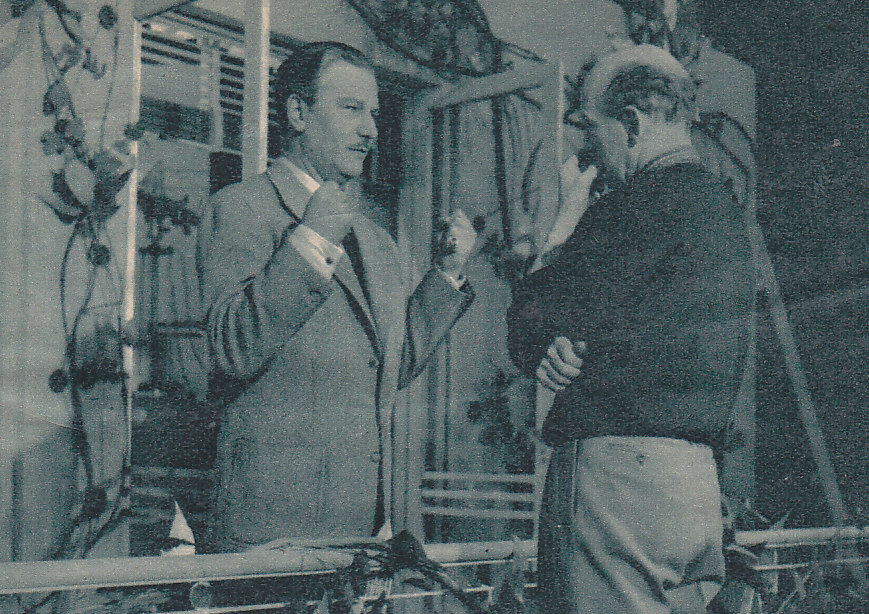 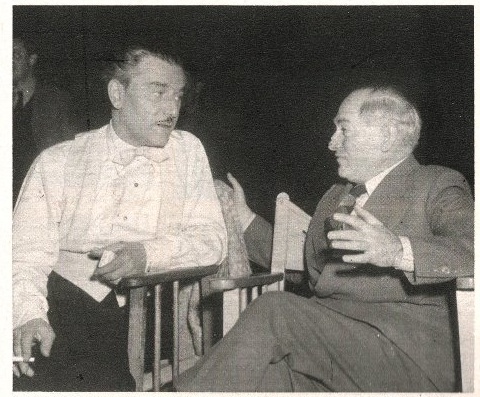 With Emeric Pressburger during the filming of ‘Oh, Rosalinda!!’