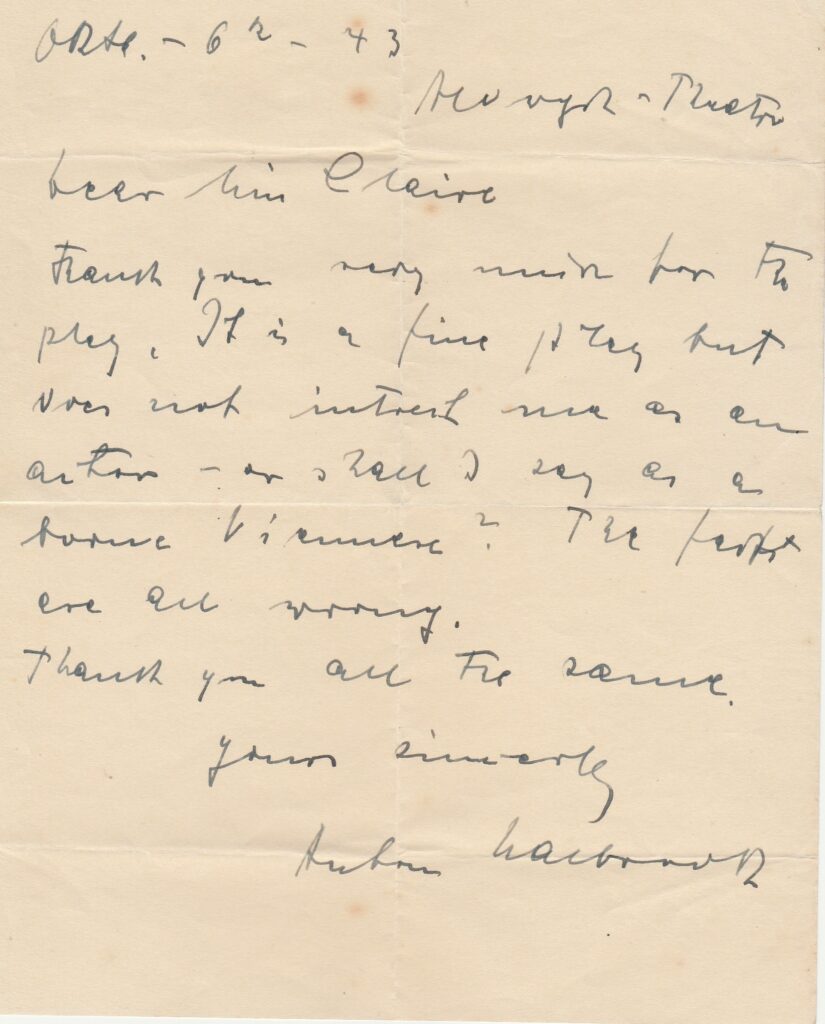 Letter from Walbrook to a young fan, October 1943

This is a letter written by AW to a young fan, Miss Beatrice Claire, in response to the script of a play she had sent him. It was written from the Aldwych Theatre on 6 October 1943, where AW had been playing the role of Kurt Müller in Lilian Hellman’s Watch on the Rhine since the previous April.  It would run until December 1943, although the role was taken over by Ferdy Mayne. The title of the play suggested by Miss Claire is unknown, but Walbrook thanked her for the kind thought, adding: ‘It is a fine play but does not interest me as an actor – or shall I say as a [?] Viennese?’

Although I have many signed items in my collection, and numerous copies of AW’s letters from the 1920s through to the 1960s, this is the only original handwritten letter that I possess and one that I treasure.

For previous posts in the series of ‘Anton Artefacts’, see here and here. More should follow very soon!