With barely 24 hours to go before the 88th Academy Awards ceremony, there’s a buzz of anticipation this year over whether or not Leonardo DiCaprio will win his long-awaited Oscar for The Revenant (Iñárritu, 2015.) Much of the discussion about this film has concentrated on the infamous bear scene, during which DiCaprio’s character is badly – and graphically – mauled by a grizzly bear. But haven’t we seen something like this before…? 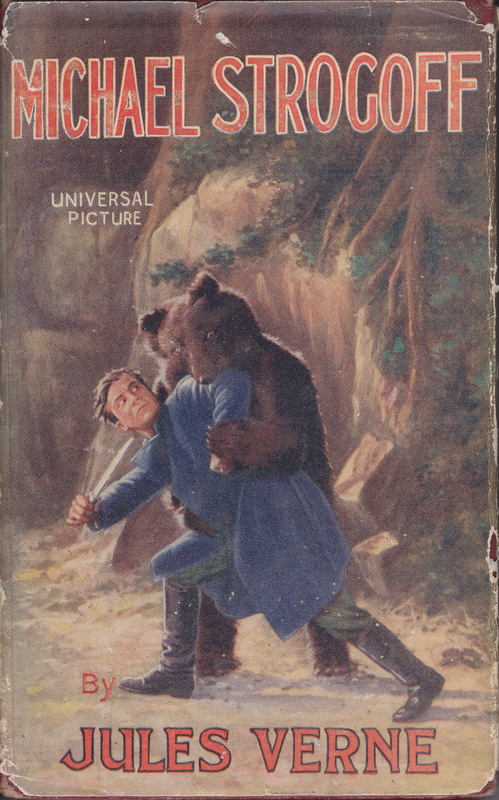 Jules Verne’s novel Michael Strogoff: the Courier of the Csar was first published in 1876 and is regarded as one of his finest works. It is a stirring tale, concerning the adventures of Michael Strogoff, who acts as courier for Tsar Alexander II and has to dash across Siberia to warn the Tsar’s brother – governor of Irkutsk – of planned treachery by a local Tartar warlord named Ivan Ogareff. Strogoff encounters various characters on his journey – Nadia, daughter of a political exile, two journalists reporting the war – as well as his mother in Omsk, where he is captured while visiting. Nadia and Strogoff’s mother are forced to watch as Michael is (apparently) blinded with a hot blade by the cruel Tartars, but he later escapes and reaches Irkutsk where Nadia’s father helps defeat the rebellion, before giving Strogoff his daughter’s hand in marriage.

The novel was adapted for the silent screen in 1926, with Ivan Mozzhukhin in the title role – the same actor also played Hermann in an early silent version of The Queen of Spades (Protazanov, 1916), endowing him with the rare distinction of prefiguring AW’s roles in two films.  In 1935, although less than ten years had passed since Tourjansky’s movie, it was decided that the time was ripe for a remake (as I said above, nothing is new in the movies!), taking advantage of the advent of sound and improved technology.

I’ve written elsewhere about certain scenes in the film where AW’s posture evokes the iconography of Saint Sebastian but here I want to focus on his fight with the bear. As readers of this blog are probably aware, the actor was actually a great animal lover, and I’ve collected together a number of postcards and images celebrating this here. The scene perhaps jars less with the actor’s personal attitude when it is understood that Strogoff kills the animal while defending a helpless woman who has fainted in fright at the bear’s feet.

In the novel, the incident occurs in Part I, Chapter XI (pp.76-77 in my copy of the film tie-in shown above) and differs considerably from the screen versions. Here, Strogoff and Nadia are travelling through the forest in the company of the two journalists when ‘a monstrous bears’ bursts out the trees and attacks their horses. Nadia tries to defend the horses with her gun, but Strogoff leaps between her and the animal, knife in hand, and swiftly despatches the bear, executing ‘in splendid style the famous blow of the Siberian hunters.’

​In the film Der Kurier des Zaren (Eichberg, 1935), the bear attack takes place on board a ship. Strogoff and Nadia (Maria Andergast) are among many passengers watching a group of gypsies on deck, one of whom is goading a ‘tame’ bear to perform tricks for their entertainment. The animal is startled by the magnesium flash on the journalists’ camera, attacks its trainer and breaks free. Strogoff runs forward to save an elegantly-dressed lady (Hilde Hildebrand) who has collapsed in fright, little knowing that she is in fact Zangara, the lover of Ogareff, who will later betray him. 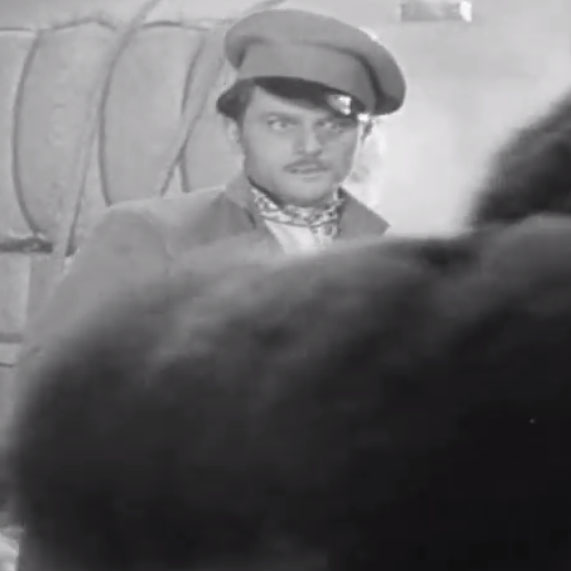 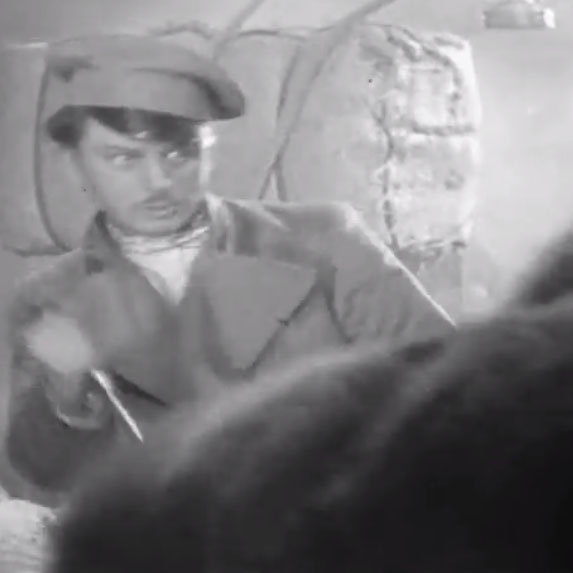 Out with the knife 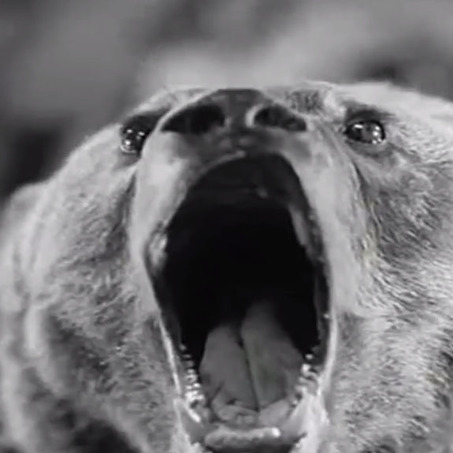 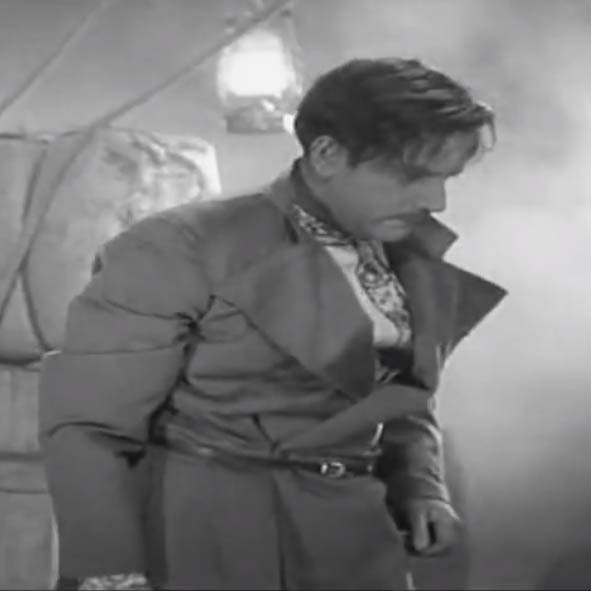 All over
Der Kurier des Zaren was released on 7 February 1936, with a French language version, Michel Strogoff, following a few days later.  As most readers of this blog will know, AW left Germany in the autumn to travel to Hollywood where he had been contracted to film an English language version, incorporating additional scenes directed by George Nicholls. The resultant concoction was released under the name The Soldier and the Lady as well as The Adventures of Michael Strogoff. Both leading ladies were English actresses then based in Hollywood: Zangarra was played by Margot Grahame (with whom he would work again twenty years later in Saint Joan), with the role of Nadia taken by Elizabeth Allan. They both appear in the re-edited bear sequence, which incorporates additional shots of AW’s combat inserted into the original sequence. 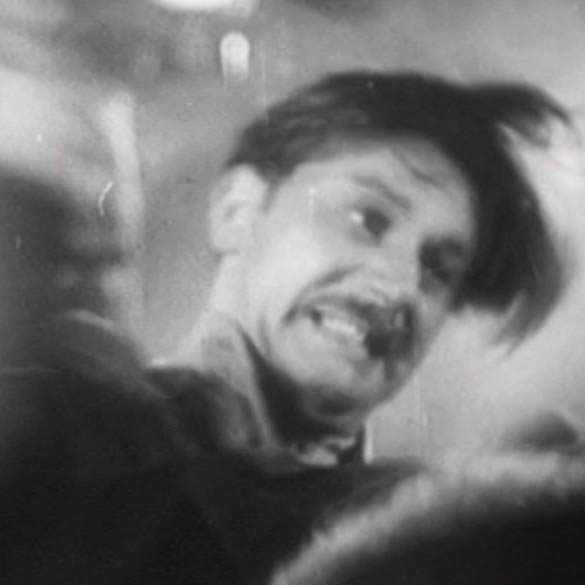 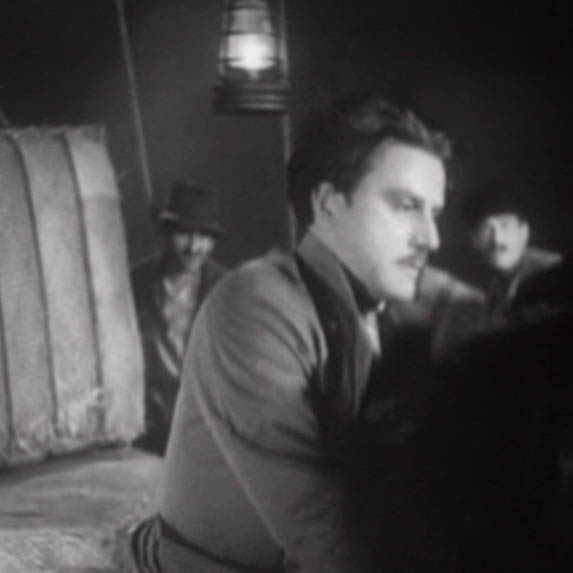 It’s all over in a few moments, thankfully, and – unlike The Revenant scenes – is unlikely to cause audiences to shudder in horror: in several frames, the fact that we’re watching a man in a bear suit is blatantly obvious. Our hero displays his Herculean courage and strength, while the damsel in distress lives to swoon another day (and also to betray her saviour, although he wasn’t to know this at the time.) It’s far from being Anton’s finest moment, nor could the film ever have been in the running for an Oscar – but the Academy’s failure to grant Walbrook any award for his acting during his long career is a staggering oversight that – in my opinion – overshadows their treatment of DiCaprio. 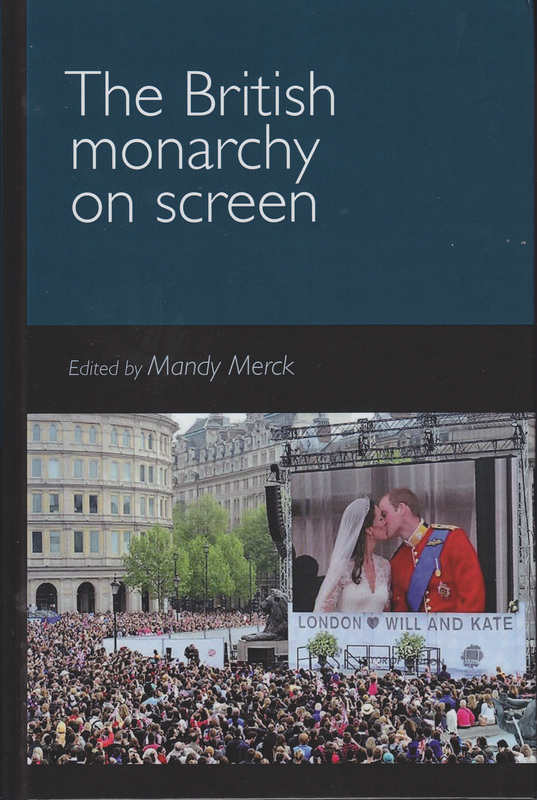 This month saw the publication of The British Monarchy on Screen (Manchester University Press), containing my paper ‘Walbrook’s Royal Waltzes’ which examine AW’s performance as Prince Albert in the films Victoria the Great (1937) and Sixty Glorious Years (1938.) A few months ago I posted a preview of the book, which you can read here. The book has now arrived!

The first thing to strike the eye is, of course, the change of cover picture, and I must confess to feeling a stab of disappointment in seeing that Anton was no longer on the cover, unlike in the the original proposed version (right.) This photograph of AW and Anna Neagle together in Victoria the Great does however appear within my chapter along with another still from that film showing AW seated at the piano surrounded by young ladies of the royal court. Mine was not the only paper to look at Wilcox’s films, and Professor Steven Fielding’s ‘Heart of a Heartless World: Screening Victoria’ discusses the political aspects of the films in comparison with other screen portrayals of the queen.

Despite inevitable overlaps like the above, an impressively diverse range of films and television programmes come under scrutiny, beginning with Victoria’s early involvement with photography and her depiction in silent cinema – such as the lost Sixty Years a Queen (Barker & Samuelson, 1913) and Queen Elisabeth (Desfontaines & Mercanton, 1912) starring Sarah Bernhardt (below.) 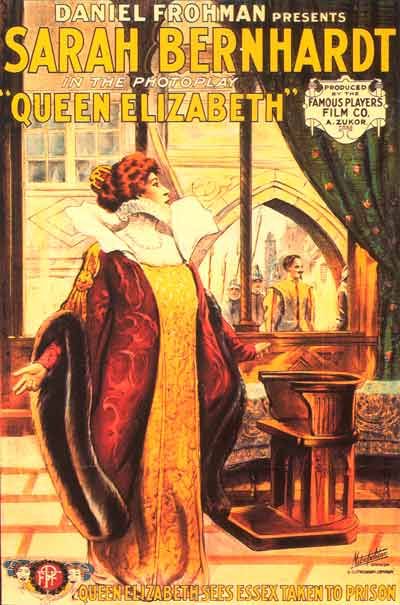 Moving beyond Sarah Bernhardt’s performance, cinematic portrayals of Elizabeth I proved a popular subject for examination. One paper was devoted to Quentin Crisp’s casting in the role in Orlando (Sally Potter, 1993) while another cast a critical eye over a series of film interpretations – Flora Robson in Fire Over England (Korda,1937), Bette Davis in The Private Lives of Elizabeth and Essex (Curtiz, 1939) and The Virgin Queen (Koster, 1955), Jean Simmons in Young Bess (Sidney, 1953), Cate Blanchett in Elizabeth (Kapur, 1998) and its sequel Elizabeth: the Golden Age (Kapur, 2007) as well as Judi Dench in Shakespeare in Love (Madden, 1998) – for which she won an Oscar, despite only being onscreen for about eight minutes.

Her award reflects something of the iconic prestige that is attached to screen portrayals of royalty – an association that received extensive, and sometimes critical, attention during the conference. One key theme was the way in which both the monarchy and film-makers exploit each other to further their own interests- The Queen (Frears, 2006), for example, was described by David Thomson as ‘the most sophisticated public relations boost HRH had had in twenty years’, while directors such as Herbert Wilcox were equally adept at endowing their promotional materials with symbols of regal status: 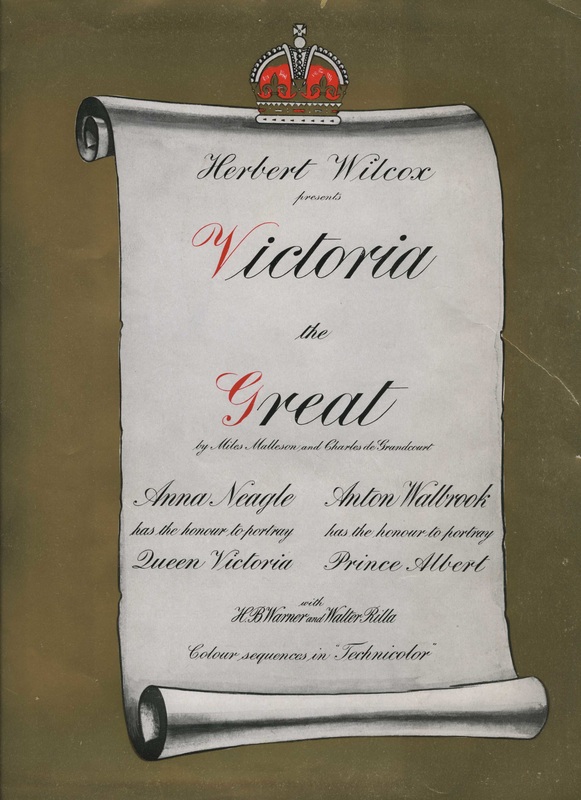 The anthology also focussed on Young Victoria (Vallée, 2009), The King’s Speech (Hooper, 2010) and the TV series The Tudors (2007-10), as well as amateur film, an official documentary of Queen Elizabeth II’s visit to Australia in 1954, and screenings of royal weddings and their relationship with the fashion industry. There are are a great many angles from which this subject could be approached, and no-one could fault this collection for its breadth of coverage. The ‘Walbrook’s Royal Waltzes’ chapter encompasses a number of these themes, including the relationship between the actor’s performance, his personal life and previous roles, the political context of the films’ production, the question of historical accuracy (in regard both to intention and execution), and the balance between artistic freedom and co-operation with the monarchy. Considerable work went into my paper on Walbrook – both the spoken version delivered in 2012 and the version that was written up for the printed page – and I am pleased to see how well it complements its companion pieces in the collection. It will be intriguing to see what the response is from readers and reviewers.