Today’s the first day of a new year, so I’m starting a new weekly blog post – Carte-de-visite of the Week – in which I’ll be showcasing some of my favourite cartes-des-visites in my collection.

Cartes-des-visites are small sepia-toned photographs, measuring around 2¼” wide by 3½” high, mounted on card that usually bears the photographer’s name and advertising material on the back. They became popular in the 1850s and were sold in huge numbers throughout the following decade. Most of these were commercial portraits, either of ordinary folk who had paid to have their portrait taken in a studio – where the carte-de-visite offered an inexpensive and handy alternative to the costly 8″ x !0″ print – or of well known public figures, such as royalty, politicians and popular performers. Tens of millions of these cards were sold every year, collected, exchanged, sent to friends or inserted into special albums. There was an extensive trade in pirated cards, copied from other carte-des-visites rather than being printed from the original collodion negative. The sheer number of these cards in circulation means that they remain easy to find today, even in car boot sales and flea markets where they can often be purchased for a few pence. The reverse of the cards is often just as interesting as the portrait on the front, if not more so, as it was used by photographers to print details about their studio, its address, significant awards or commissions, often accompanied by illustrations, fancy fonts and other gimmicks. A great deal of social history can be gleaned from collecting and studying cartes-des-visites, particularly when handwritten notes have been added.

My first photograph was taken in 1880 by Ludwig Faust, a photographer in Pressburg – modern day Bratislava, the capital of Slovakia. At this time Pressburg was part of the Austro-Hungarian Empire, lying in the Hungarian part of the Habsburg Monarchy, and had a population of around 48,000. The small size of Pressburg is indicated by the fact that Faust gave his address on the back of the card as nothing more than ‘neben dem Theater.’

The reverse of the card also reveals that the sitter’s name was Irma Szabó, although this is written in 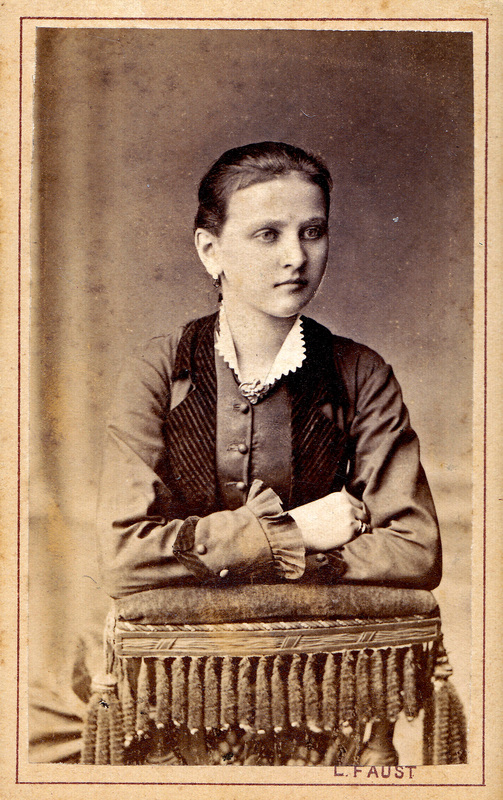 style Szabó Irma. She appears to have been an attractive young lady… 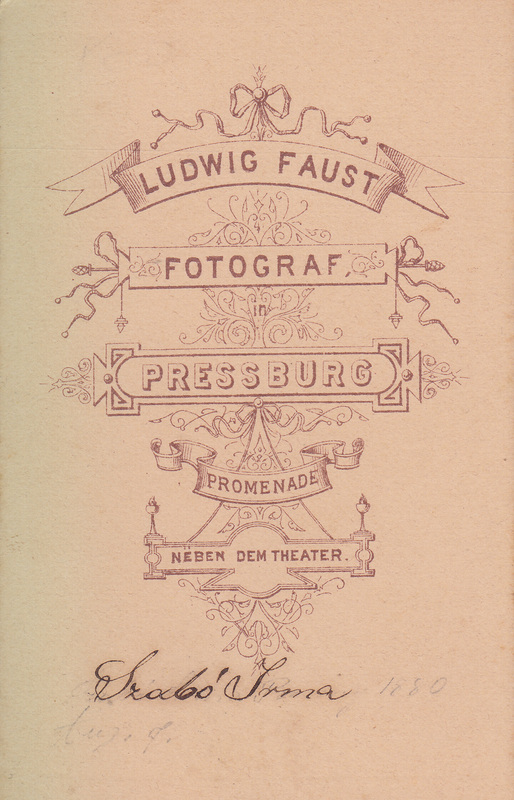 Reverse of the card, showing the sort of attractive design typically used by photographers to promote their work

Today’s post is fairly brief – well, it is New Year’s Day after all, and a lot of other things have been happening over the last few hours – but I intend to cover other cartes-des-visites in much more depth for future posts. Let’s hope I can stick to my New Year resolution! 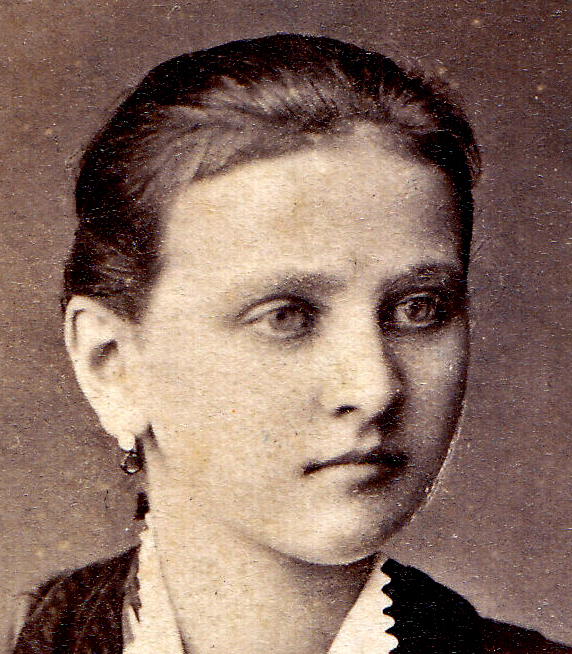