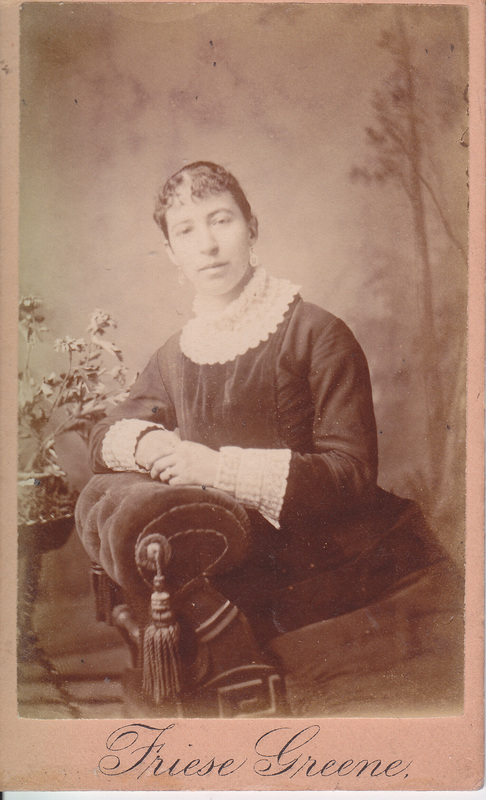 This attractive portrait was the work of William Friese-Greene (7 September 1855 – 5 May 1921), whose business as a portrait photographer has largely been eclipsed by of his fame as a pioneer cinematographer.

He was born plain William Green in Bristol on 7 September 1855 and became an apprentice to photographer Maurice Guttenberg at the age of fourteen. 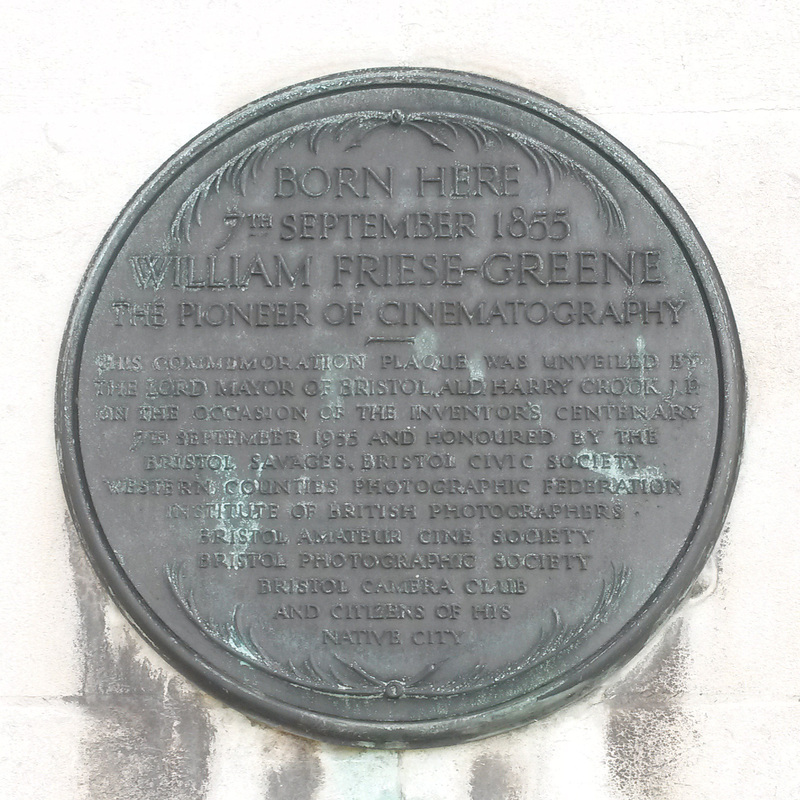 Plaque commemorating Friese-Greene’s birthplace, erected in 1955.
He spent six years at Guttenberg’s premises at 67 Queens Road before branching out on his own, opening his own studios in Bristol, Bath, Plymouth, London and Brighton.  In 1874 he married Swiss girl Helena Friese and added her maiden name to his own to give it a more distinctive ring. Between 1875 and the mid 1880s he produced a number of elegant designs for the back of his CDVs: 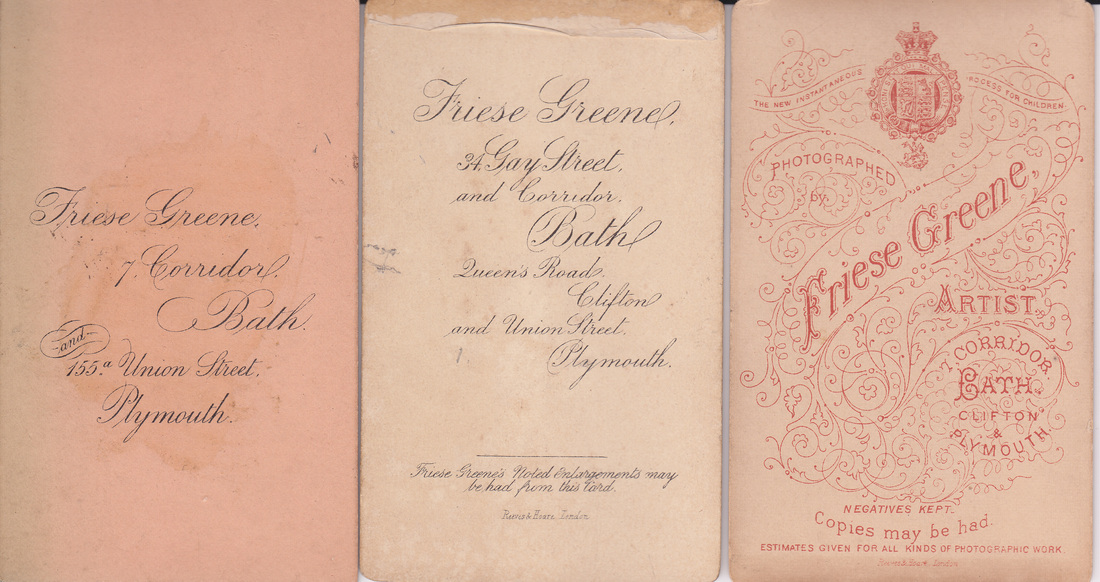 In Bath he met John Roebuck Rudge, a manufacturer of magic lanterns who had been experimenting with ‘animated photography’ since the early 1870s. He and Rudge began collaborating on a ‘biophantic lantern’ that produced the illusion of moving pictures by projecting a series of glass slides in rapid succession.  In 1885 he moved to London and opened two photographic studios with Alfred Esmé Collings. Here he continued his work on motion pictures, trying out his ideas with oiled paper and celluloid film. His growing obsession with the work led him to neglect his photographic businesses, and he was declared bankrupt in 1891. Undeterred, he pressed on with devising further prototypes including a twin-lens projector and a two-colour process that was later developed as Biocolour by his son Claude Friese-Greene (1898-1943) a successful cinematographer. 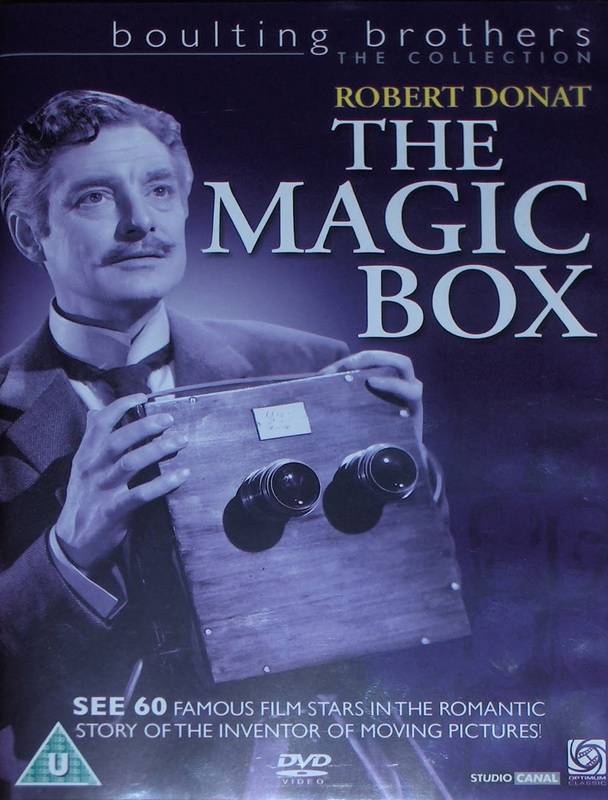 Ray Allister (Muriel Forth) wrote a rather romantic biography Friese-Greene: Close-up of an inventor (1948) which was adapted for the screen in 1951 with Robert Donat playing the photographer. The release of The Magic Box coincided with the 1951 Festival of Britain and the movie is full of patriotic fervour, portraying Friese-Greene as the inventor of moving-pictures (as distinct from any French pretenders such as the Lumieres or Auguste Le Prince) and showcasing an amazing cast of British stars including Richard Attemborough, Laurence Olivier, Dennis Price, Margaret Rutherford, Michael Redgrave, Sybil Thorndike, Peter Ustinov…etc etc.  It’s sentimental and uncritical, but an enjoyable watch for all of that – and no doubt Friese-Greene himself would have savoured the lush Technicolor tones of Jack Cardiff’s cinematography.

By way of contrast (the sepia tones of all three images are rather faded with time) , here are a few more of my Friese-Greene cartes-des-visites as a final reminder of his earlier career: 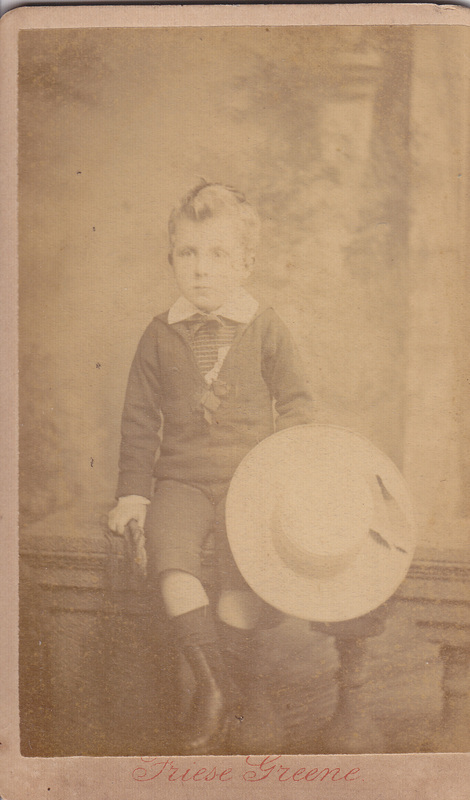 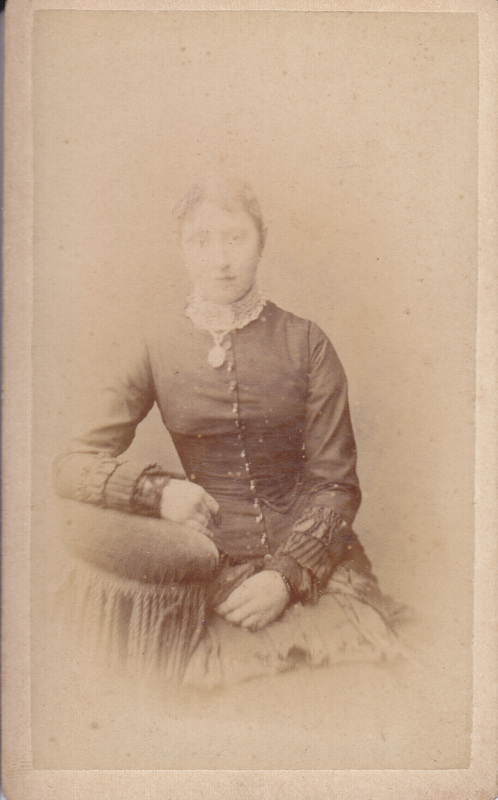 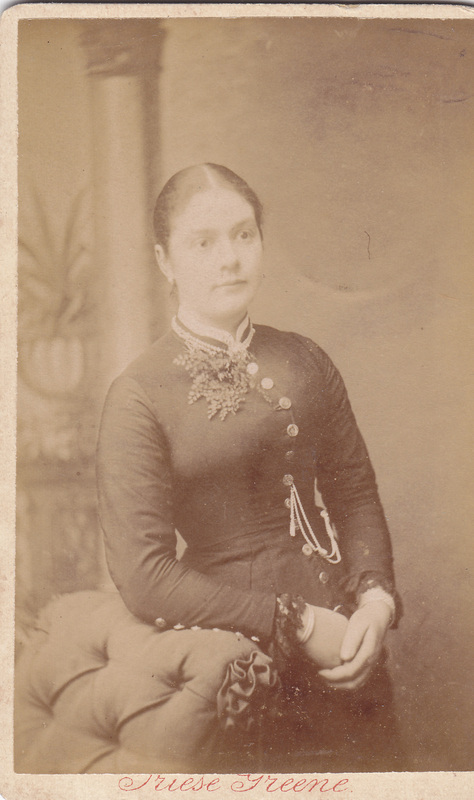