During some charity shop browsing a couple of days ago I came across two old records of film music, both of which offered different recordings of Richard Addinsell’s Warsaw Concerto, the theme from Anton’s film Dangerous Moonlight (Brian Desmond Hurst, 1941.) 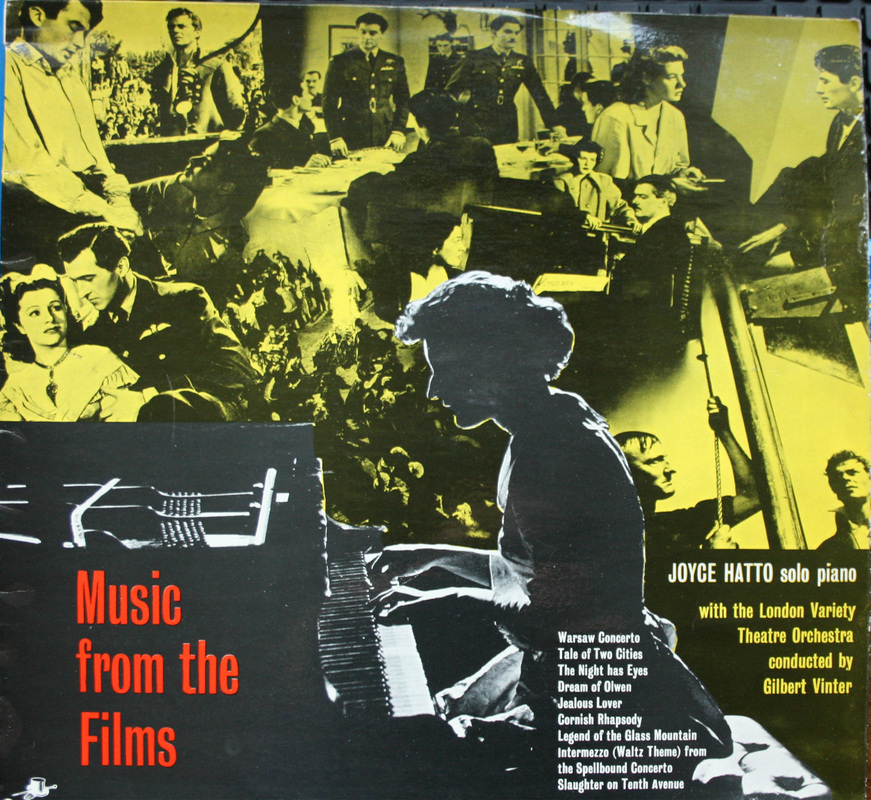 ‘Music from the Film’ (1963) played by the London Variety Theatre Orchestra
The solo piano playing is by Joyce Hatto (1928-2006), and unlike her later CD releases, is definitely genuine! 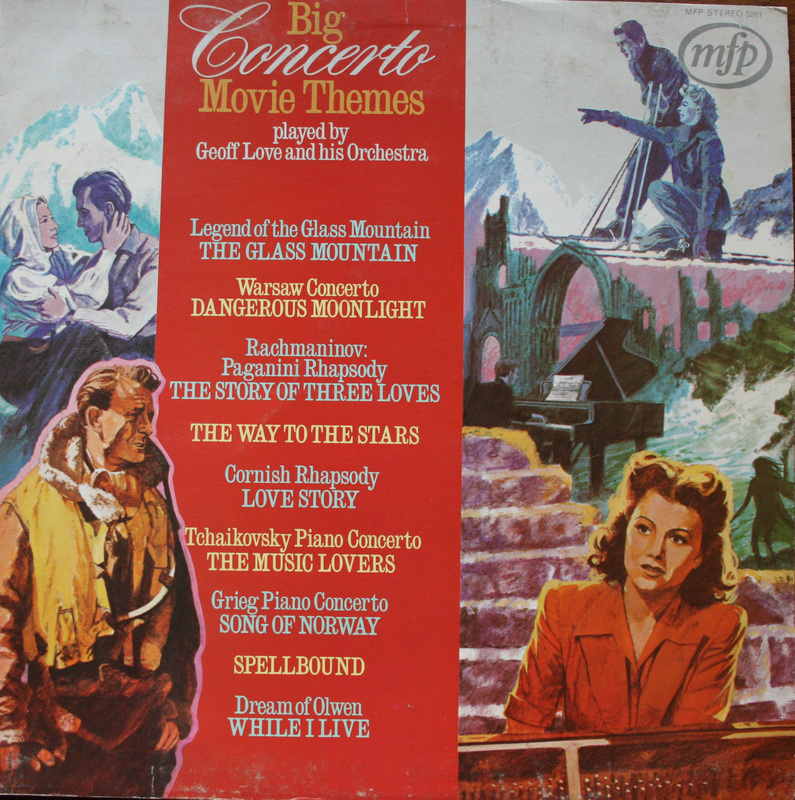 ‘Big Concerto Movie Themes’ (1972) played by Geoff Love and His Orchestra
Geoff Love (1917-91) was responsible for a number of popular vinyl collections of classical film music in the 1960s and 70s, and as a child I actually owned his two preceding albums: Big Western Movie Themes (1969) and Big War Movie Themes (1971.) The solo pianist for the ‘Warsaw Concerto’ here was Robert Docker (1918-92), who was a fellow soldier with Love in the King’s Royal Rifle Corps. 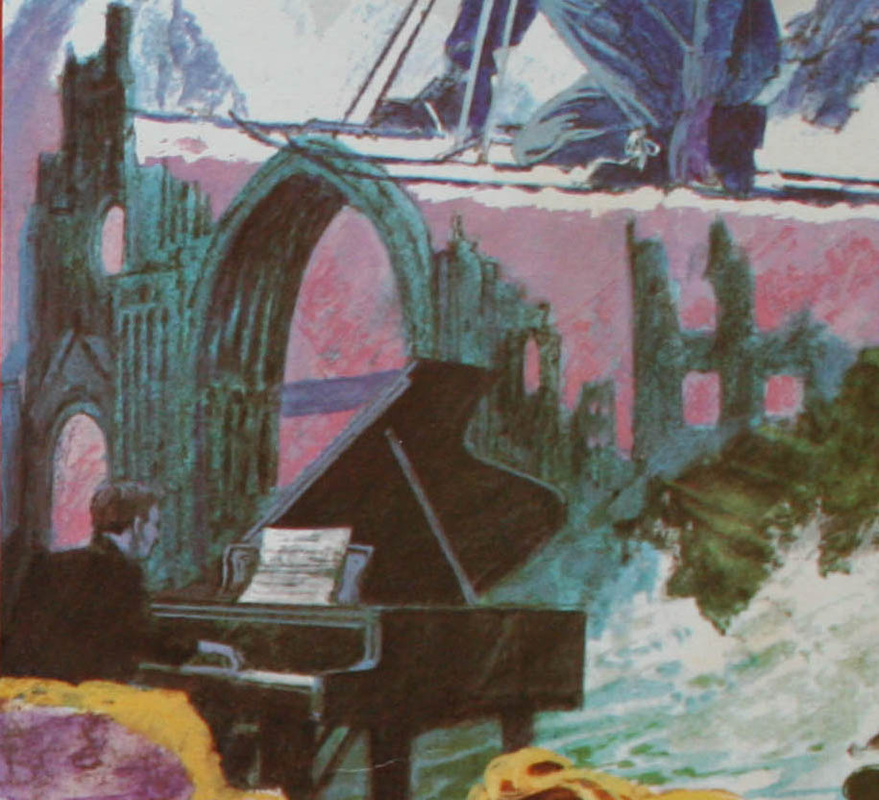 Radetzky in the Ruins: detail from the record sleeve
After listening to both records several times, I must confess that I remain undecided as to which version I prefer. The original performance that we hear in Dangerous Moonlight while watching Anton at the piano – was of course played by Louis Kentner (1905-87), a Hungarian emigre who was later the brother-in-law of Yehudi Menuhin. Although I have always loved the music in the film, I find its appeal somewhat diminished once isolated from Stefan and Carole’s story. 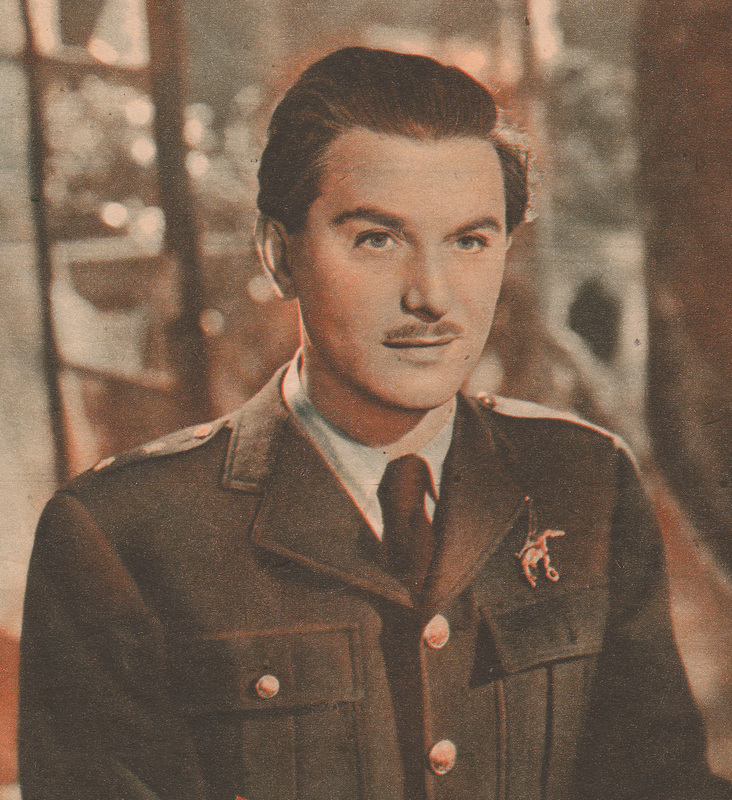 The Warsaw Concerto was composed specially for the film by Richard Addinsell (1904-77), who had also written the music for Anton’s previous film Gaslight (1940.) After the release of Dangerous Moonlight the concerto became one of the most popular and familiar pieces of music in Britain – a phenomenon that caught the film-makers on the hop: underestimating public interest, they had not bothered either to release it on gramophone record or have sheet music printed. This oversight was hastily corrected, and the record sold millions of copies. 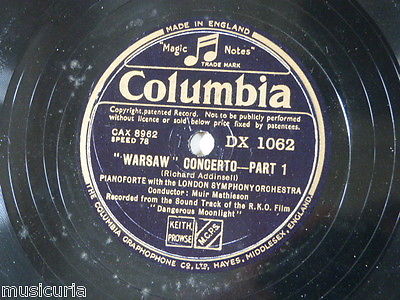 The Warsaw Concerto plays for less than ten minutes and therefore fitted perfectly onto two sides of a 78 rpm disc
The orchestration was arranged by Roy Douglas, with Kentner and the London Symphony Orchestra conducted by Muir Matheson, whose distinguished career was closely linked with the British film industry. In relation to Anton’s films, he was musical director for Victoria the Great (1937), The Rat (1937), Sixty Glorious Years (1938), Gaslight (1940), Dangerous Moonlight (1941), 49th Parallel (1941) and I Accuse (1958.) He also conducted the Philharmonia Orchestra for their Columbia recording of The Red Shoes.


There were of course numerous subsequent vinyl releases of the music, recorded by different performers – including in America where the film had been given the more dramatic title of Suicide Squadron: 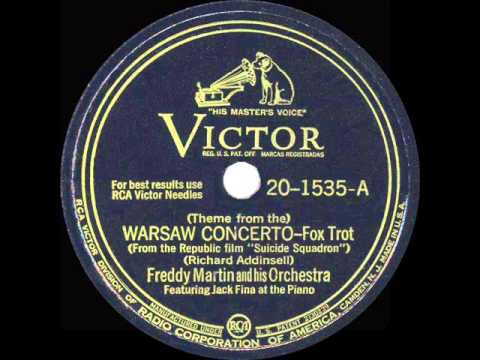 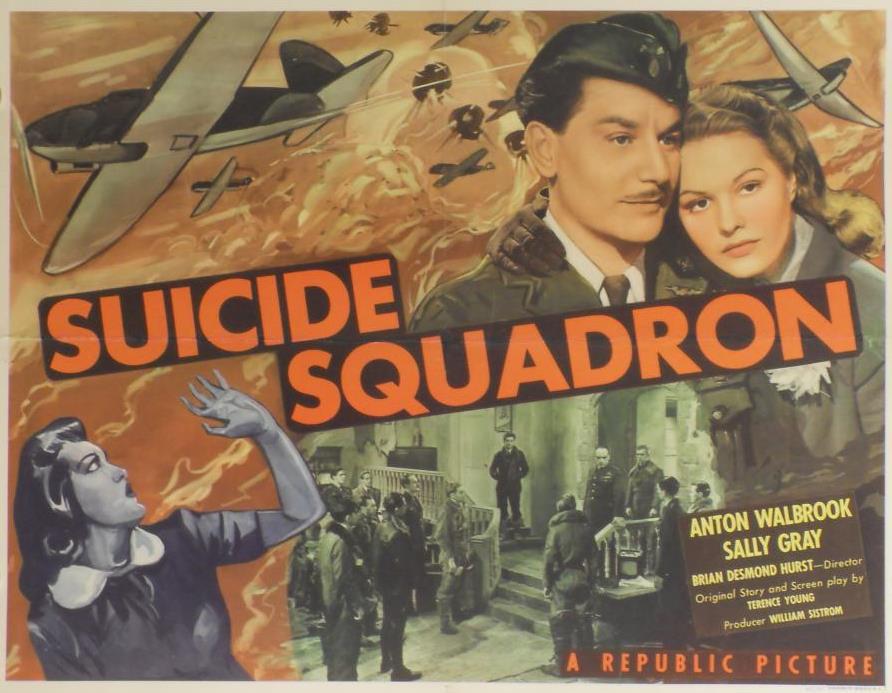 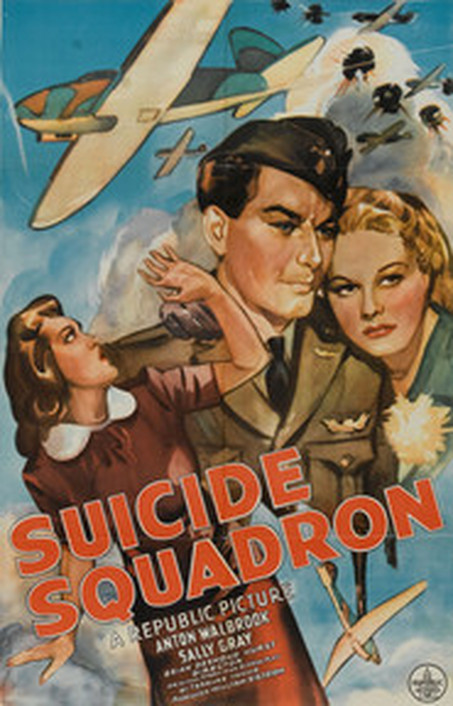 Probably the worst likeness of Anton Walbrook to appear on any film poster
Others who recorded the Warsaw Concerto included George Greeley, Arthur Fiedler and the Boston Pops Orchestra, David Haines and the Paris Theatre Orchestra, Ron Goodwin, The Carpenters and Richard Clayderman. 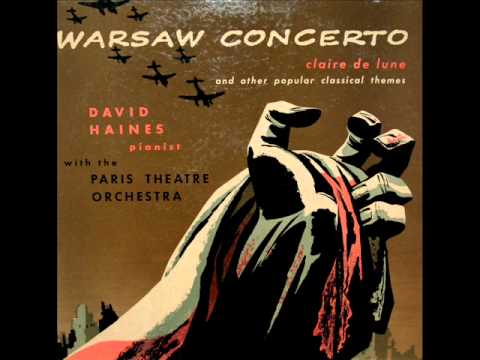 I think it’s unlikely that I’ll start collecting recordings of the Warsaw Concerto, but I was pleased to add these two records to my Walbrook collection, taking their place on a shelf along with other vinyl and shellac items.