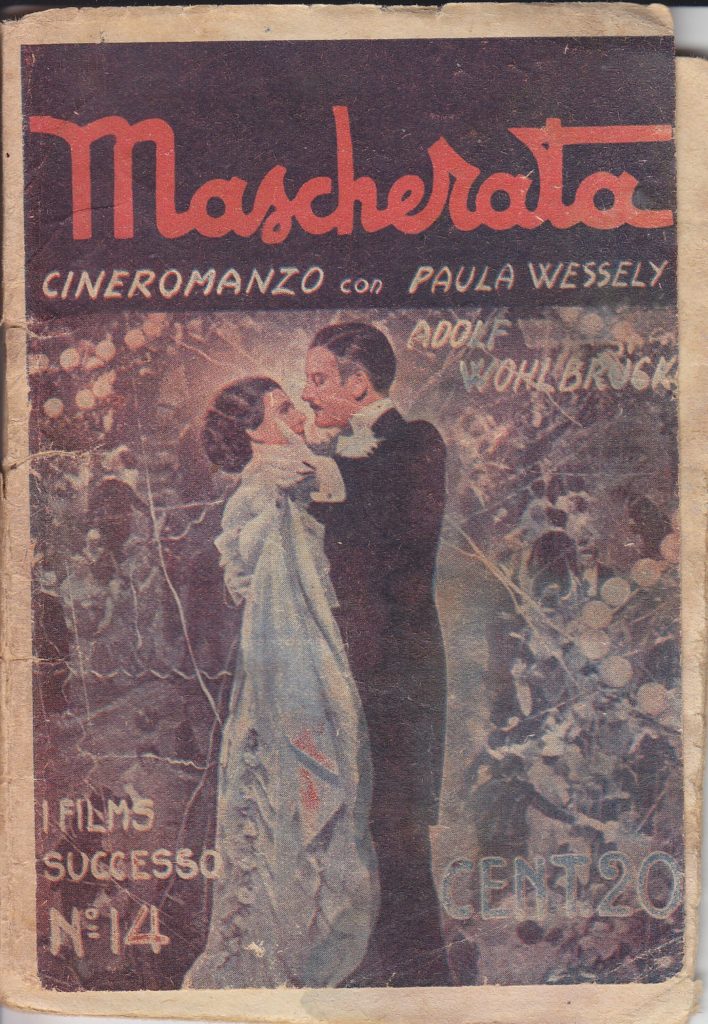 ‘Mascherata’ (Milan: Edizioni, 1935)
This 64 page pocket-sized booklet is written in Italian and is an early example of a movie novelisation, albeit in miniature. King Kong (1933) was perhaps the first big sound film to be adapted into a novel, but Mascherata sits midway between a book length adaptation and the concise retelling of the story found in various cinema programmes and magazines of the period such as Illustrierter Film-Kurier or Le Film Complet. There are a couple of section breaks in the text but no chapters and the entire narrative is covered in about 8,000 words. These cineromanzos remained popular for many decades, developing into a glossier magazine format in the 1950s and 1960s, although as a genre they have received scant critical attention.
Posted in Anton Walbrook.