It seems like an eon since I last posted in this series, and so – to make up for lost time – this week I’m looking at four cdvs, including delightful portraits of three young sisters. 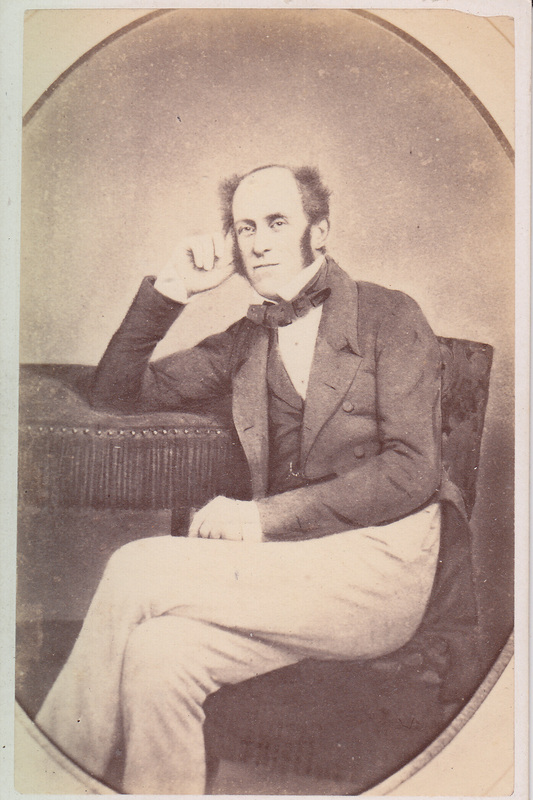 What makes me want to acquire cdvs such as these?  The attraction could stem from any number of things. There might be some unusual aspect to the image itself, or some intriguing detail in the artwork or lettering on the back of the card. It might be the photographer’s name that attracts, possibly because I am familiar with their work already, or because he or she has a local connection. Sometimes the place or person depicted is of interest. Handwritten annotations always catch my eye, for even a few cryptic details might provide enough clues to build up a little bit of background.

Such was the case with this group of four cards. Although they were produced by two photographers, one in Bristol the other in Tiverton, the similarity of surnames, placenames and handwriting indicated a close family connection. Piecing the jigsaw together involved a fair amount of work, but enough details came together to share here.

According to the printed advert on the reverse of the card, the portrait above was taken by R Houlson, of 5 Griffin Hill, Bristol. Robert Houlson was born in Bristol but had Devon connections, as he first appears as a commercial photographer in the 1871 census when he was living in Honiton.

The girls’ portraits were taken by Walter Mudford, about whom I have written in a previous post. His photography business was first recorded in 1878 and these were probably taken within five years of that date. Note the bearskin rug!

The caption to each portrait reproduces the pencil note on the back. 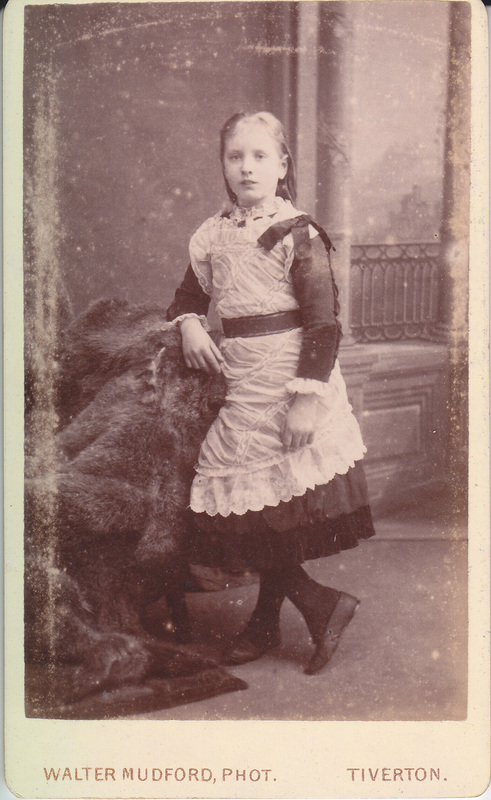 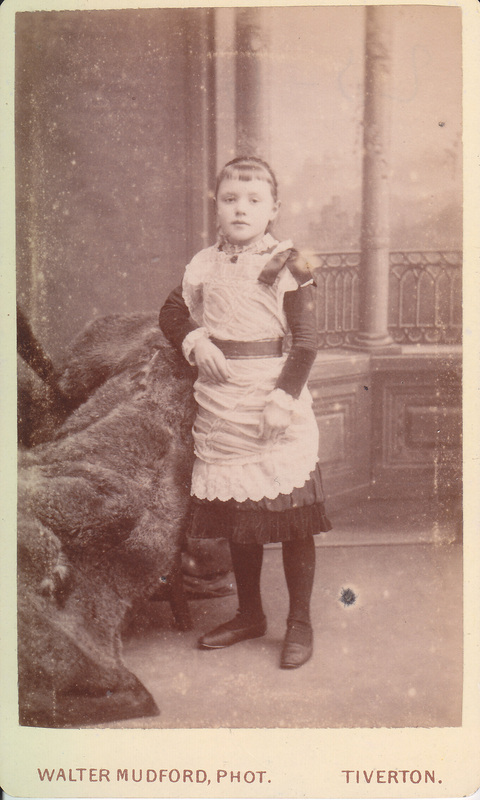 The 1881 census records Arthur Wood along with three daughters: Gertrude (aged 6), Alice (aged 4) and Ethel (aged 1) as well as a three-year old son named Ashford. The absence of any names beginning with either M or F was puzzling at first, but the 1891 census reveals that the eldest daughter (Julia) Mabel (now aged eighteen and therefore born in 1872) was away from home on the night of the census ten years earlier, presumably with her mother Mrs Julianna Wood (now 44.) A son Ernest had also appeared, born around 1883.

It is therefore possible to identify the three sitters as Mabel, Gertrude and Alice. Going by the ages and their dates of birth, Walter Mudford probably took the portraits in the mid-1880s. Dating their uncle’s portrait is a little harder, but if he was in his mid-40s when the photograph was taken then it was probably about the same time. He was then living in Dulverton, Somerset – not far from Tiverton and Uffculme – with his wife Elizabeth and describing himself as a retired farmer.

Sadly, his brother’s marriage broke up in the late 1890s – Julianna divorced Arthur Wood following his infidelity with a woman named Sarah Broad, and went to live in Heavitree, Exeter. I haven’t followed up how life turned out for her daughters – a project for another day, perhaps.