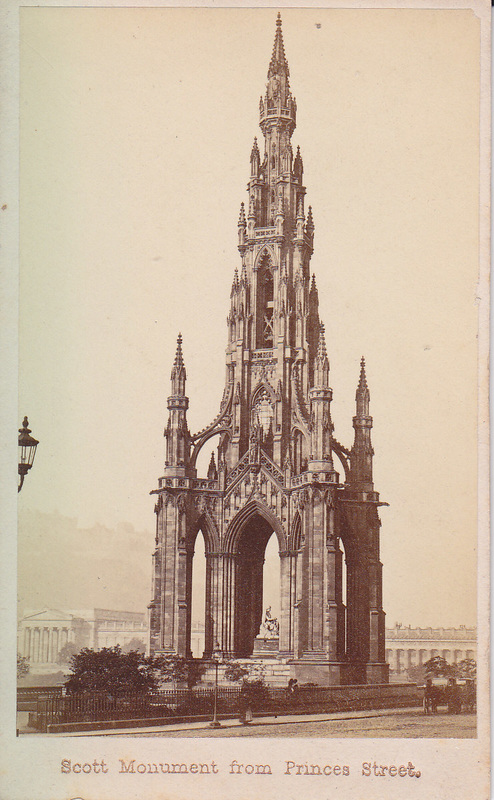 After spending the last few days in Scotland it would be churlish of me not to feature a Scottish cdv in this week’s post, so I’ve chosen one that depicts that most iconic edifice of the capital city – the Scott Monument, completed in August 1844.

The monument has been photographed from the north side of Princes Street, looking to the SW with the National Gallery and the Royal Scottish Academy in the background, and beyond that, the hazy silhouette of the Mound and Edinburgh Castle.

The photographer was Archibald Burns (1831-80), who began taking pictures as an amateur in the 1850s before turning professional. He joined the Photographic Society of Scotland in 1858, but is first listed in the trade directories as a professional photographer in 1867.  The back of the card gives the date as August 1869, when his studio was still based at 22 Calton Stairs, a terrace building on Calton Hill. In 1871 he moved further up the hill into Rock House, the former studio of the great pioneering partnership of Hill and Adamson. Hill moved out of Rock House in 1869, the year before his death, and for a short period it was occupied by the Annan brothers, Thomas (father of James Craig Annan) and John. It must be remembered that at this time many photographers preferred to buy an existing photographic business – complete with a well-equipped studio and a ready-made customer base – rather than start their own one from scratch. Studios were therefore occupied by a series of photographers in succession, often over many decades. 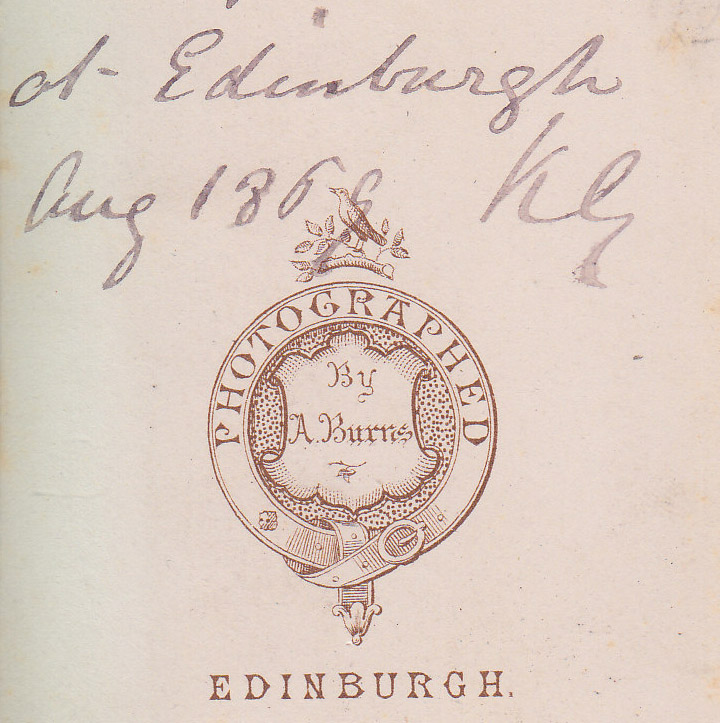 The reverse of the card

Most of the cartes-des-visites I’ve featured so far have been portraits, and landscapes were far less usual as subjects. Burns was a prolific photographer of Edinburgh scenes, a large number of which were sold in the cdv format.  In 1868 fifteen of his photographs were published Picturesque Bits of Old Edinburgh, including albumen prints of Cardinal Beaton’s house in the Cowgate and John Knox’s House in the Royal Mile. After moving to Rock House, he was commissioned by the city’s Improvement Trust to photograph the ‘closes’ between the Cowgate and University’s Old Quadrangle (what is now Chambers Street), which were scheduled for demolition.  It was an area of overcrowding and poor sanitation, described in John Murray’s Handbook for Travellers in Scotland (1868) as ‘one of the poorest and filthiest lanes in the United Kingdom.’ Burns photographed the tenement closes in February 1871, just after they had been cleared of their inhabitants. This was a very different aspect of Edinburgh life compared to that symbolised by the carte-de-visite above. 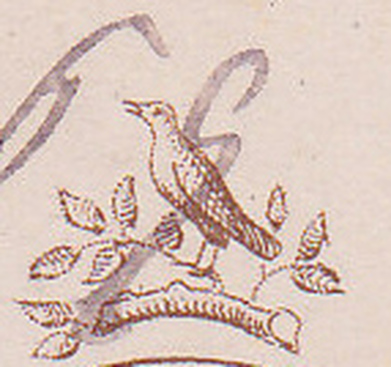