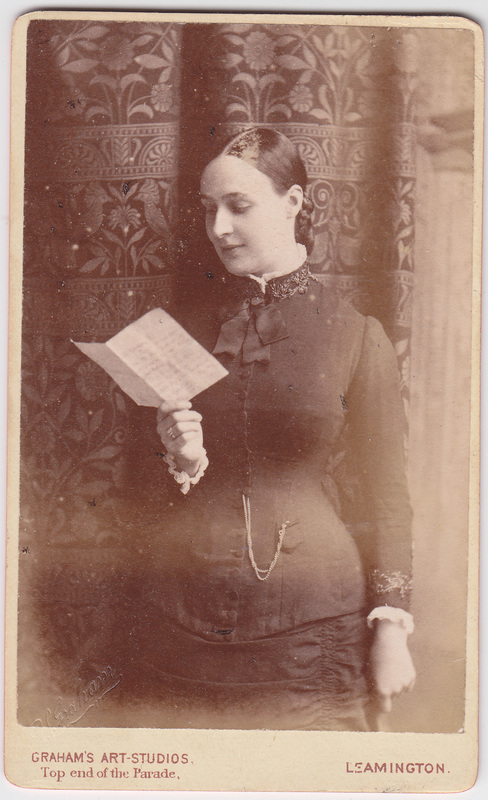 This week’s cdv is a rather charming portrait of a young lady reading a letter. Her natural pose and slight smile make a pleasant change to the forced artifices found in many portraits, where the sitters appear uncomfortable, are grimacing rigidly, or else are engaged in some pretence such as rowing a boat inside the studio. All portraiture, of course, involves an element of performance, and this was even more the case during the early years of photography. However, a cdv portrait like this could almost be imagined as a candid shot in the corner of someone’s living room. Was this letter a studio prop, or did the girl bring it along with her? Does it have personal significance – a letter from a distant relative, friend or lover? Perhaps the carte-de-visite was made for the person who wrote the letter, and would be posted back to them as an affectionate sign that his/her correspondence was both received and valued.

The reverse of the card identifies the photographer as Robert L. Graham, operating from his studio at the Top end of the Parade (No.6), Leamington, Warwickshire. It probably dates to the 1890s: Graham opened his studio at 7a Upper Parade in 1873, later moving to York Terrace and then to No. 6 Parade, expanding into the next door premises (No.8) as his business flourished. 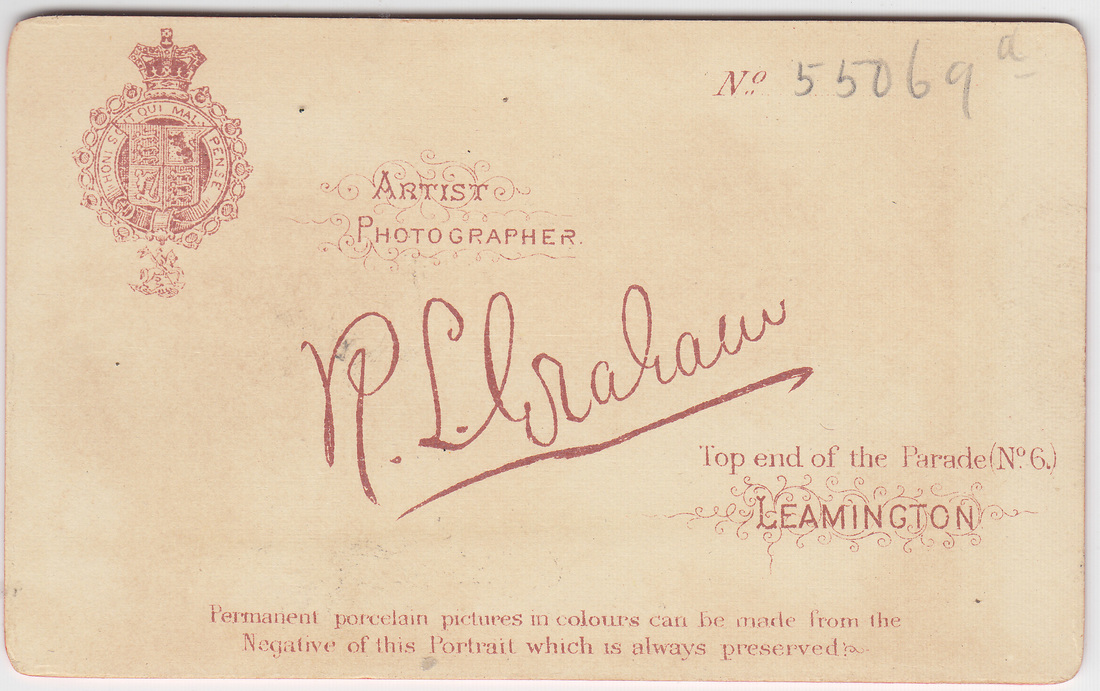 Graham appears to have been a prolific photographer, making many thousands of images during this period. After his business closed in the 1920s, the store of negatives ended up – no one knows how – in the cellar of a house at 16 Augusta Place, a couple of blocks away from The Parade.  They were forgotten about and the cellar was bricked up, sealing the negatives away for decades. They were only discovered by chance in April 1987 when workmen happened to break through the cellar wall, and found stacks of glass negatives, piled up to five foot high. The total number was estimated at between 40-50,000, but most of them were damaged beyond repair. Thankfully, around 5000 of Robert Graham’s negatives were rescued safely and are now held by the Warwickshire County Record Office. You can read more about this remarkable story here.