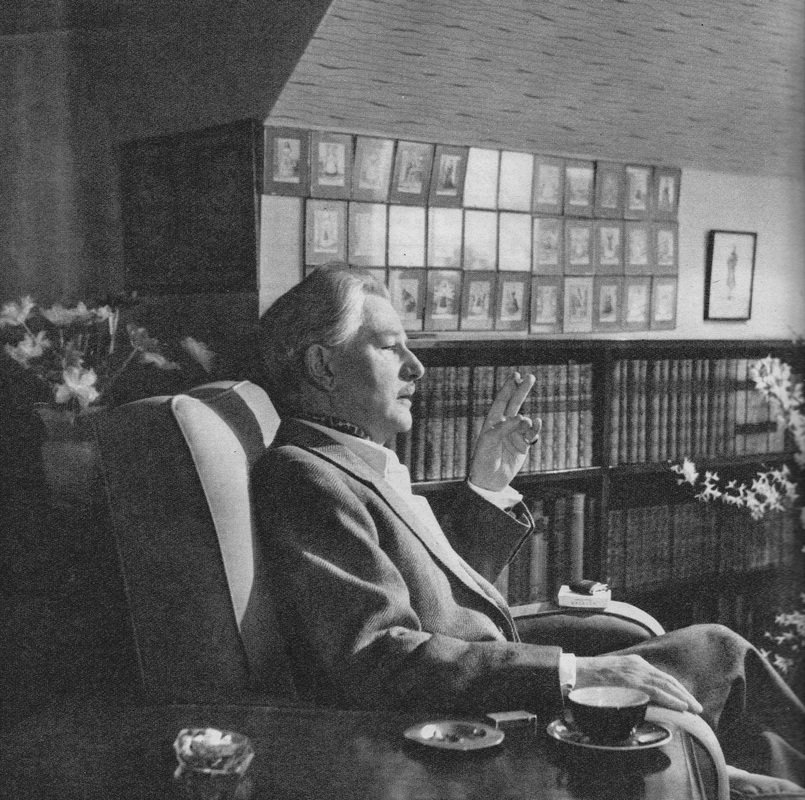 Anton at home in Hampstead in 1963

Anton Walbrook died 47 years ago today in Garatshausen, Bavaria, where he was visiting retired actress Hansi Burg. He was convalescing from a heart attack he had suffered on stage at the end of March, while playing the part of Sir Hugo Latymer in Noel Coward’s A Song at Twilight [Duett im Zweilicht] at the Kleine-Komödie in Munich.  Latymer is an elderly writer who has hidden his homosexuality from the public, but is forced to confront his past when a former mistress visits him in his hotel room. The play’s themes of regret and bittersweet memories being evaluated at the twilight of one’s life made it especially apt, given the circumstances.

While being treated in a Munich hospital, Anton was contacted again by Kurt Loup, who was working on a history of the Wohlbrück family and was keen to discuss his research. Anton promised he would arrange a meeting as soon as he felt better, but in the meantime he was going to rest by the Starnberger See, a large lake some twenty miles from Munich and popular with holidaymakers. He went to visit Hansi Burg at Garatshausen, at the southern edge of the village of Feldafing on the western side of the lake. Directly across the water lay the spot where Ludwig II of Bavaria had been found dead in 1886.

Hansi was the daughter of Jewish actor Eugen Burg, with whom AW had co-starred in Der Stolz der 3 Kompanie (1932.) She had lived with actor Hans Albers before they were forced to separate by the Nazis. As a precaution, she married a Norwegian and fled to England via Switzerland in 1938. Her father was less fortunate, and died in Theresienstadt concentration camp in 1944. Burg and Albers were reunited after the war and remained together until his death in 1960.

One can only imagine the memories that were shared by Anton and Hansi at the edge of the lake, before he passed away on 9 August 1967. May he rest in peace.